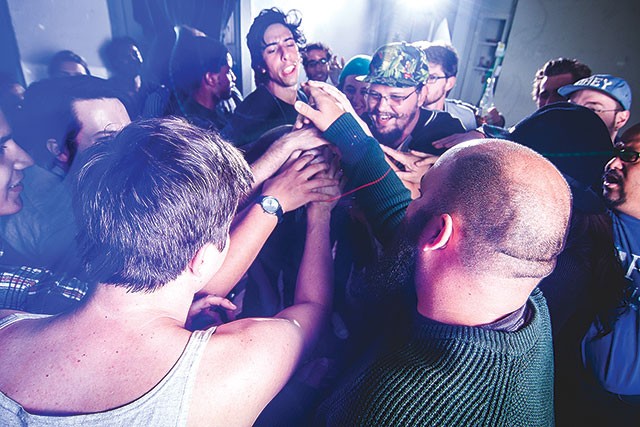 What’s up, Big Guava! Doesn’t Tampa know Florida is famous for citrus, and guava is just another state invader? Although, I guess the name is fitting considering the big talent we’ll see trespassing the Florida State Fairgrounds, like Outkast, Vampire Weekend, Haim, Violent Femmes and more. Big Guava replaces the much more unfortunately named Funshine Music Festival and takes place this weekend, May 2-4, with a festival kickoff concert May 1 featuring Bruce Springsteen. But don’t get too distracted by these invasive species if you’re making the trek to Tampa: Florida-bred Jacuzzi Boys perform Saturday, and you’ll definitely wanna take a dip into that dependably fun pit.

A little closer to home, next week is Smashington Music and Art Festival, 2-11 p.m. Saturday, May 10, at Discount Music Center. The Smashington artist collective has a sincere mission to connect great local talent with people who will appreciate them, so if you’ve been looking for an introduction, this is as grand as it gets. But if you’ve been following along with this and other Soul of da City efforts, check out their campaign on theartstarter.com, where your contribution to this community could get you a festival compilation CD ($10) or a combo CD and festival pass for $25. With featured talent like Kaleigh Baker, Evan Taylor Jones, Drew Yardis and more than 60 others, your ears will likely thank you more than the Smashington collective ever could.

Speaking of reaching into your pocket to support the local music scene, the Space is struggling to raise funds for a permanent PA system to keep their creative calendar going strong. Their goal was to raise $1,000 through Indiegogo, but halfway through their campaign, they’d raised less than 10 percent. The campaign ends at midnight, April 30, which is the first day of this issue. If you see this on Wednesday and want to contribute, visit indiegogo.com/projects/the-space-is-the-place-for-moarr-bass.

And now for something a little different: The Modern Music Movement is a local event producer that probably doesn’t get talked about enough, but you might have caught the recent Gram Parsons Revival show earlier this year at Will’s Pub, or – if you frequent the Imperial on Orange Avenue on Wednesdays – incidentally attended one of their Acoustic Soundchecks. Every Wednesday from 9 p.m. until midnight, expect a rotating lineup of great area acoustic acts to add a little more color to the already eclectic scene of the whimsical bar situated in the back of fancy furniture store Washburn Imports. Dance if you dare, but remember, if you break it, you buy it.