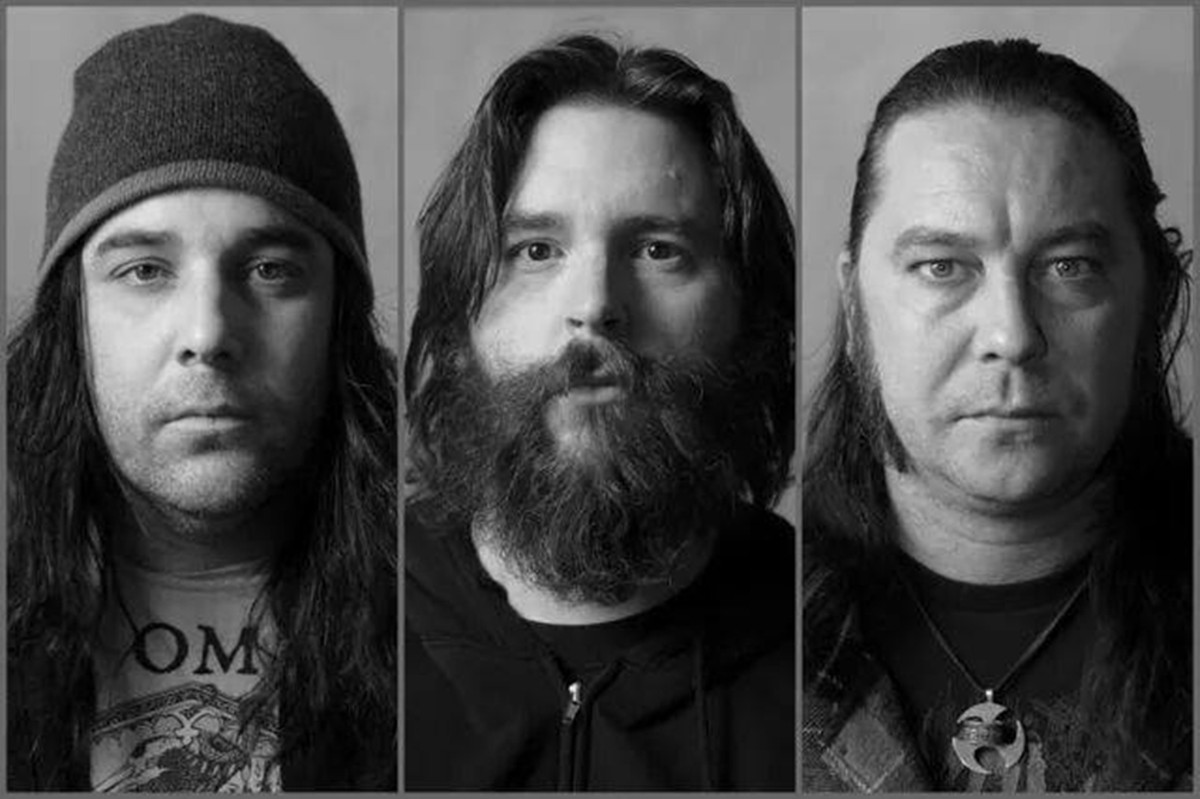 It's hard not to admire musicians willing to destroy their own career for the sake of an unblinking commitment to a righteous groove. That's exactly what the band Sleep did in the mid-'90s when they delivered their first major label album in the form of an hourlong stoner metal dirge. Executives from London Records balked, rejecting the album.

But like a pot-smoke-breathing phoenix, Sleep's magnum opus rose from the smoldering bong ashes. First circulating as a bootleg, then finding a label home and reincarnating via reissue after reissue, Dopesmoker gained so much underground momentum that Cisneros and Pike began interrupting their successful spin-offs to reunite for intermittent concert performances. Following their first reunion for All Tomorrow's Parties in 2009, Jason Roeder from the progressive metal band Neurosis stepped in to play drums when Hakius retired.

Sleep's live shows cut away the fat of metal's typical spectacle, abjuring melody and flashy solos in favor of distortion-encrusted riffs that resuscitate the timeless qualities of grunge. A Sleep song is a study in tension building, yet keeps the listener hanging on to every slight time shift or the occasional entry of Cisneros's raspy, metered basso. The minute and second hands sweat and begin to melt, as time becomes more a theory than reality.

This Tuesday, the reunited Sleep will be making a one-off appearance in Orlando to play a benefit show for the victims of the Pulse shooting, along with silent and live auctions throughout the night. This is not part of any tour; just artists trying to help through art.

Though Sleep themselves do not give interviews, tour manager Damon Kelly – knee-deep in logistical preparations for a show that has come together in record time – spoke to the Orlando Weekly.

"I overheard the guys talking about doing a benefit for the victim's families. I immediately got on board 150 percent.

"I started contacting our endorsements and sponsors asking for donations. I started talking to friends and bands in the music industry. Everyone I talked to said yes and has generously donated auction items. Matt Pike looped me in with Tim Payne. Tim is an Orlando local who was feeling the same way we had been. Now between the both of us, we have auction items from a PRS Guitar to Tony Hawk-signed posters. Beyond all of the monetary relief we are working on, we are hoping to provide a night for the LGBTQ community and all of Orlando to release some grief though movement. Come dance, party and constructively rage."