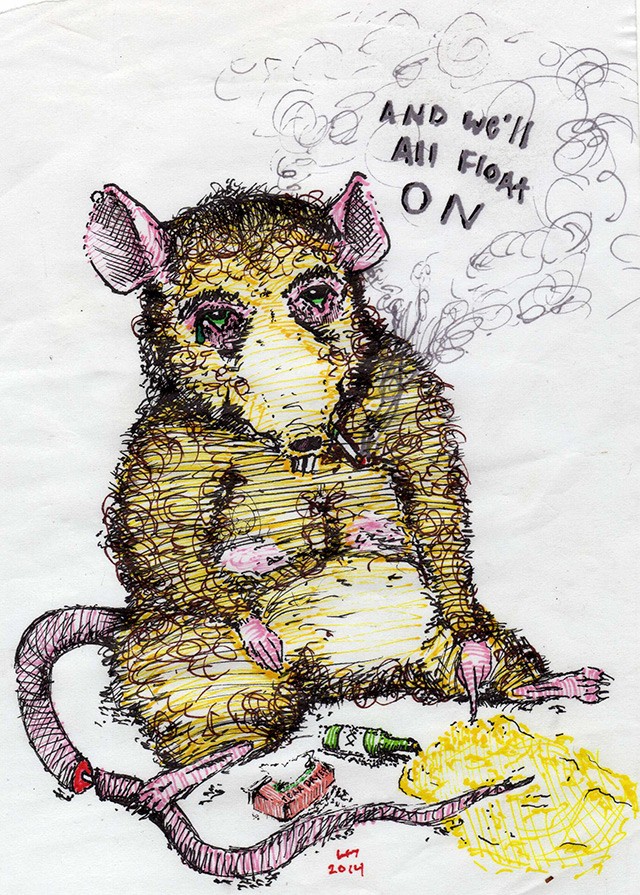 Doubt can be experienced in one of two ways. Either it’s a deliberate doubt – upheld by persistent questions railroaded at your reality – or it’s an emotional doubt – anxiety compelled by the inability to reconcile reality with how you feel. It’s a plague that more commonly infects us than the cold, and so insightful musicians whose lyrics live in dubious quarters tap into that man-made well of uncertainty to great commercial success – whether they believe in themselves or not.

Modest Mouse’s songwriter, Isaac Brock, is a man deeply acquainted with self-doubt. From the band’s official debut, This Is a Long Drive for Someone With Nothing to Think About, his songs attracted self-hating listeners who strongly agreed with drum-charged pronouncements like “I’ve changed my mind so much I can’t even trust it” (“Talking Shit About a Pretty Sunset”) or predictions like there’s “surefire disappointment up ahead” (“Tundra/Desert”). His negative introspection induced a cult following on 1997 follow-up The Lonesome Crowded West. On “Teeth Like God’s Shoeshine” he advises, “If you could compact your conscience and sell it, save it for another time, you might have to use it.”

Compilation album Building Nothing Out of Something revealed Brock to be as dismissive of mathematics as the sciences, at least for imagery purposes, on “Never Ending Math Equation,” which follows a man intent to escape himself and subtract his identity: “Where we’re going, I’m dead,” a theme that continues on “Other People’s Lives.” His next releases include his best (The Moon and Antarctica) and his biggest (Good News for People Who Love Bad News), exploding his sad sappy sucker persona by suggesting “our hearts pump dust” (“Tiny Cities Made of Ashes”) and that “We are hummingbirds who are just not willing to move” (“Bury Me With It”).

Whereas the ego-driven grief of similarly affected songwriters manifests to factually depressing ends – Elliott Smith sang about “the potential you’ll be that you’ll never see” (“Between the Bars”) and Sparklehorse’s Mark Linkous professed he was “shrinking bones in the sun” (“Someday I Will Treat You Good”) – Brock survives his self-doubt, and although he hasn’t yet released a Modest Mouse record after We Were Dead Before the Ship Even Sank, the band’s still touring to sold-out crowds with his angsty songs. (Even though “Alone Down There” lyrics suggest admirers are just flies attracted to “nothin’ but water and shit,” which is “What People Are Made Of.”)

It’s Brock’s wit that separates him from like-minded self-loathers. Perhaps it’d be better to compare him to thorny lyricists like Morrissey to romanticize Brock’s animosity: “Behind the hatred, there lies a plundering desire for love” (The Smiths’ “The Boy With the Thorn in His Side”). Brock did pull in Smiths guitarist Johnny Marr for Modest Mouse’s 2007 final album (so far), suggesting an influence or at least fandom, even if critics are more apt to compare Brock’s band to Pixies or Built to Spill.

Whether Modest Mouse will release the long-awaited new album – a rumored curious collaboration with feel-good rapper Big Boi – is just as uncertain as the frontman’s lyrics portend that he is. (It’s likely Brock would not fault you if you doubt the album will ever surface, and yet the band floats on.)