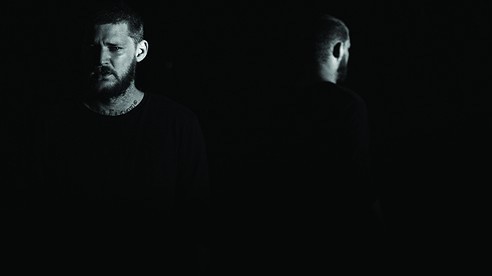 Nic Hamersly of Sarasota is the analog man who fell to earth, trapped in a digital world. But as Ortrotasce, his minimal synth project, he comes off more forward-looking and -sounding than a lot of modern gearheads. Ortrotasce is late-night music for the delicate dance of cybernetics interfacing with human tissues and organs, rather than a nightclub mating-ritual soundtrack. Though his recorded output is ethereal and frigid, drained of human affect and defect, watching him live is an oddly visceral experience. Here you see human-machine collaboration at its most direct as Hamersly feverishly moves from machine to machine in his synth-porn array to re-create these songs live in the moment. Ortrotasce evokes synth-punk and -pop past and present, without tumbling down a nostalgia wormhole; this rare live appearance is part of Spacebar's Panic! club night.