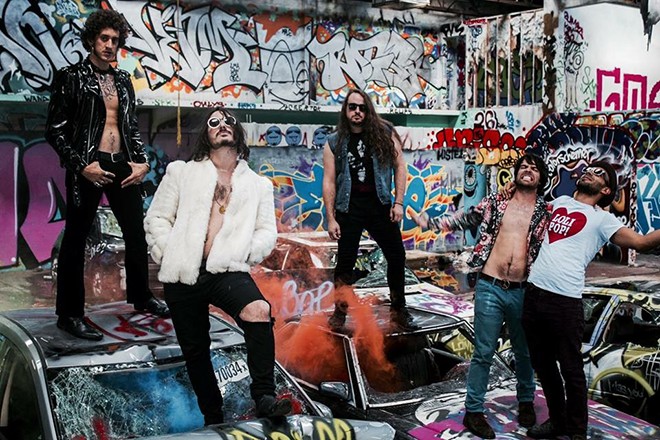 When we caught flamboyant Miami garage-punk band Plastic Pinks back in July at a low-profile show at St. Matthew’s Tavern, it was an eye-popping first impression. Turns out, this encounter was the blinding pass of an underground meteor having a banner year that only seems to be accelerating. After a chain of notable steps, like hooking up with garage-punk royalty AJ Davila and releasing on regional boutique labels like Cheap Miami and Atlanta’s Die Slaughterhaus, they most recently released an album (the Davila-produced Sunnyside Rabbits) on tastemaking imprint Burger Records this summer. With music that’s a total party, performances that are pure kinetic rush and a quickly rising star, Plastic Pinks are looking an awful lot like the next Florida breakout. Add in locals like early rock & roll princes the Woolly Bushmen and new Phil Longo band Dumberbunnies and you’ve got a surefire bill.