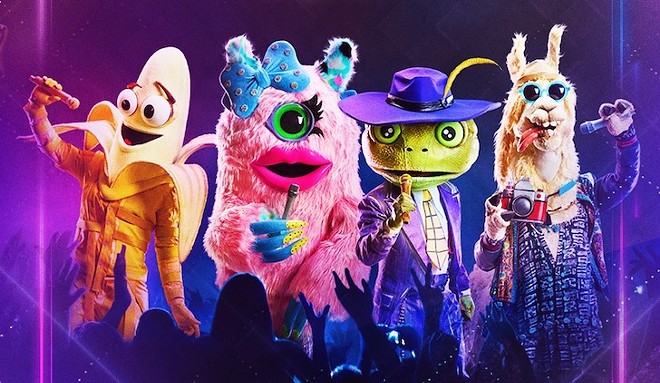 Photo courtesy The Masked Singer/Facebook
The characters are rudimentary (Egg, Ice Cream, Eagle, Panda …), but America loves Fox’s reality game show and singing competition The Masked Singer so much that a live version is touring nationally.

Orlando couch potatoes are getting lucky, too, since “The Masked Singer Live” is coming to the Dr. Phillips Center's Walt Disney Theater on Friday, June 26, as part of a 45-city trek across America.

Tickets to see the traveling version of the show – in which celebrities in costume conceal their identities from other contestants, panelists and the audience before eventually being unmasked – are on sale starting Feb. 17.

If your in-laws lost their shit when Lil’ Wayne and Drew Carey were revealed on the current season of Masked Singer, then you probably want to consider taking out a predatory pay-day loan to spring for tickets.

Tickets to see “The Masked Singer” live at the Dr. Phillips Center for the Performing Arts can be purchased here.