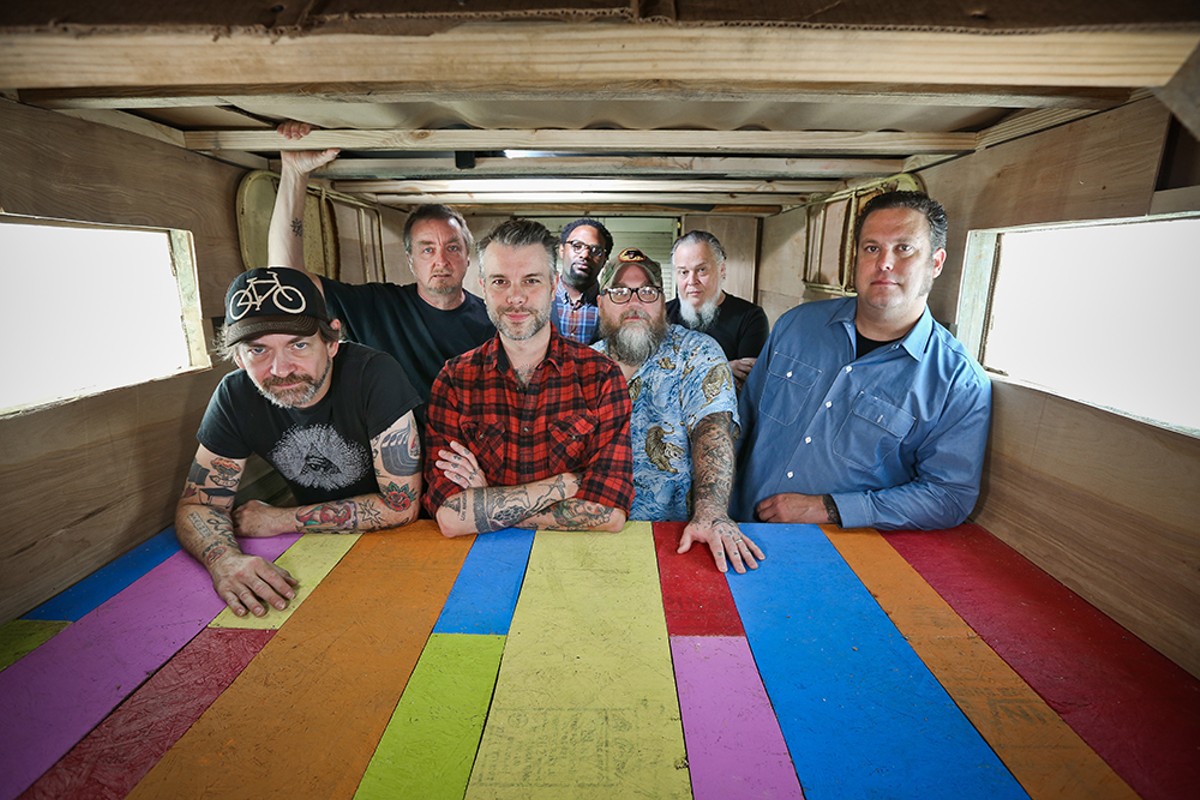 It's often said it's a sign that a musician is maturing when performances start to be as much about what the musician doesn't play as the amount of notes he plays.

Applying that logic to Lucero suggests the full band is reaching a new level of growth and maturity together with a new album, All a Man Should Do.

After making two boisterous, horn-infused albums (1372 Overton Park and Women & Work) on which the band integrated a good bit of the soul influence of their hometown, Memphis, into their rootsy rock sound, the new album finds Lucero in a more relaxed, slightly more spare mode.

"We were seeing how big and how loud we could get, and how many members we could add to the band," singer-guitarist Ben Nichols says. "And now, after going through that process, we're like all right, we've seen what we can do. Now, what is it that we should do?"

What felt right to Nichols and his bandmates was to pull back a bit on the tempos and go for a more relaxed sound. This shift, though, proved challenging.

"We actually had to make a very conscious effort to get to that place where like everything was played with a lighter touch or maybe a softer approach," he says. "We made a conscious decision to kind of take a step back and really focus on playing together and playing what's appropriate for the song, instead of everybody just turning it up to 10 and going for it. There was a little more nuance to this one. And that didn't come naturally to us. We had to kind of really focus on it, but I think it paid off. You do end up with a more settled – I've heard some folks use the word 'mature' – sound. And I'm fine with that."

What hasn't changed is the quality of the songwriting. Songs from All a Man Should Do, such as "Baby Don't You Want Me" and "Throwback No. 2" retain the grit that has always been part of Lucero's sound, but they feature some of the group's most graceful melodies to go with their easy-going tempos. There are also a few rockers that would fit on either 1372 Overton Park or Women & Work ("Can't You Hear Them Howl" and "Young Outlaws") and a couple of ballads that add a delicate touch to their sturdy backbone ("The Man I Was" and "I Woke Up in New Orleans").

Ironically, the more laid-back, somewhat sparer sound of All a Man Should Do is drawing comparisons to early Lucero albums like the 2001 self-titled release and 2002's Tennessee. Nichols says he can see those similarities, although he feels the new album also shows the musical growth of the band.

The early albums helped Lucero establish itself on the national scene. But Nichols says the heavy touring in their early years took a toll. In fact, it was only when Lucero started to expand its sound – and lineup, first with keyboardist Rick Steff joining ahead of the 2006 album Rebels, Rogues & Sworn Brothers, and then by adding horns on 1372 Overton Park – that the group began to get a second wind.

"Before Rick joined the band, yeah, we were kind of running ourselves into the ground," Nichols says. "I really honestly believe if Rick hadn't joined the band, we probably would have fizzled out around that time. But Rick really was a shot in the arm. Just his musicality and his professionalism, and just what he brought to the band opened up a whole new world of possibilities and made songwriting exciting again.

"And then it was kind of the same way with the horn section," he says. "You write a song at night and then you see what horn arrangements they come up with and, oh, it just blows your mind and it's the funnest thing on the planet. And so yeah, adding new members, it definitely saved the band and revitalized us, for sure."

The group's first tour in support of All a Man Should Do will be well-suited to both the softer- and harder-charging sides of Lucero's music, as well as exploring the depth of a catalog that now numbers 10 full-length studio albums. It's an evening-with presentation, with an acoustic segment followed by a plugged-in second set.

Lucero tested out the evening-with format during four shows this past winter and liked how they went.

"We were definitely able to dig deeper into our catalog and play, I guess, a more dynamic set overall in two different sets," Nichols says. "The folks that wanted to hear the really old, really quiet stuff, got that. And then you also got the rowdy drinking songs and rock & roll toward the end. So we're hoping to kind of replicate that [on this tour]."