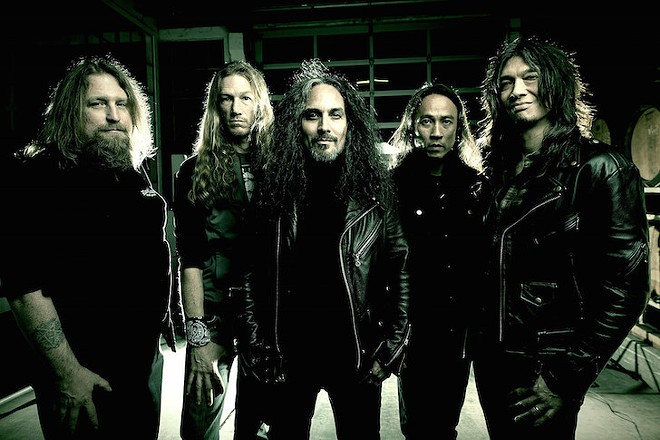 West Coast thrash metal legends Death Angel were peers of the fearsome likes of Slayer, Megadeth and Metallica and seemed poised to make the same mainstream impact, but sadly never hit big in the way that those three bands did. Their high-watermark album, Act III, a diverse, assured body of songs released by Geffen in 1990, should have been their “Black Album,” but alas, fate intervened in the form of a tour bus accident that caused injuries and, indirectly, the dissolution of the band in 1991. Death Angel reunited in 2001, with a clear sense of unfinished business, touring and releasing six albums between then and now. It’s their newest album, this year’s Humanicide on Nuclear Blast, that they’ll be highlighting during the weekend stop at the Shovelhead. Thrash ’til death, as the (not) kids say.