Let Chelsea Wolfe sing you into the abyss 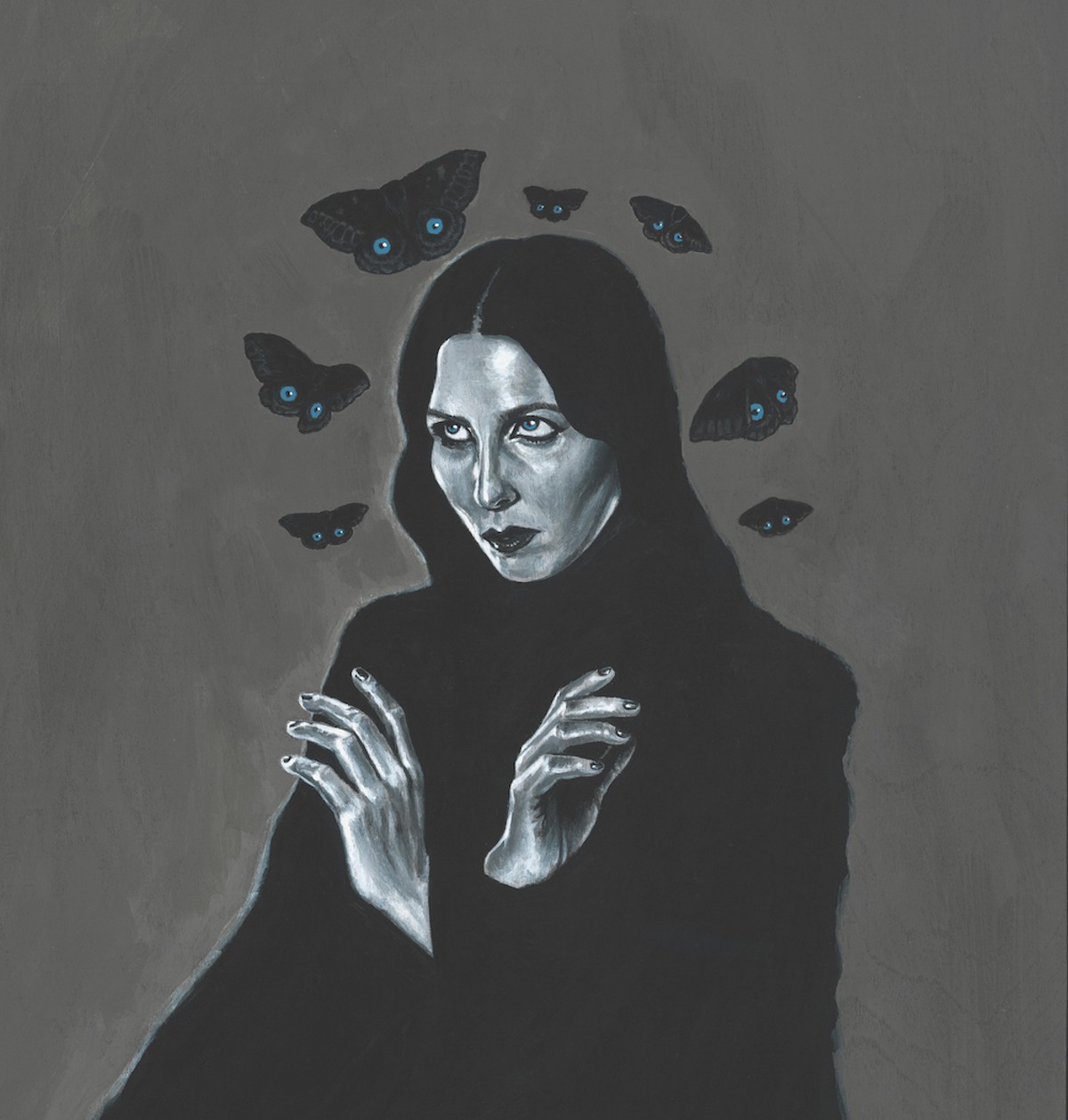 Several years ago, a British company developed Vantablack, a material "so dark that the human eye cannot understand what it is seeing." Officially recognized as the world's darkest manmade substance, it absorbs virtually all visible light, creating the visual effect of a black hole on any surface it covers.

Should Vantablack ever find itself in want of a sonic companion, it need look no further than Chelsea Wolfe. With an essence and aesthetic embodying all things dark, the enchanting singer-songwriter has made a name for herself as a subculture sorceress, casting a spell on fans of acoustic, folk, drone, goth rock and extreme metal.

Shortly after the aforementioned optic void was unleashed upon the world, Wolfe released a fitting musical accompaniment with Abyss in 2015, her most eclectic and ambitious record to date. The aptly titled album explored new depths of her trademark sound, with pulsing electronics and distorted, downtuned guitars adding yet another layer of darkness to the cavernous niche she's carved in alternative music's dismal underworld.

When the world first gazed into Abyss, the album gazed back with a vengeance. Prior to its release, Wolfe's oeuvre was mostly colored with stripped-down acoustic songs and dark folk serenades, as well as a brief detour into electronic experimentation on her fourth studio album, Pain Is Beauty. The incorporation of pounding industrial rhythms and thundering doom metal riffs on Abyss sent shockwaves through her legion of dedicated followers, with many longtime fans hailing the album as her finest work.

What next emerged from the abyss was another creature altogether. In September of last year, Wolfe released Hiss Spun, her sixth full-length record and the first to fully expand upon the doom, post-metal and sludge influences hinted at in her earlier work. She released the album through Sargent House, a Los Angeles-based label that has handled all of her studio recordings since her debut, The Grime and the Glow, in 2010. Recorded at GodCity Studio by Kurt Ballou, guitarist with metalcore heavyweights Converge (with whom Wolfe collaborated on the 2016 Blood Moon tour), Hiss Spun draws inspiration from grunge and industrial artists like Soundgarden and Nine Inch Nails.

The result was the heaviest and most aggressive record in Wolfe's catalogue, made possible in part by contributions from Troy Van Leeuwen, from Queens of the Stone Age (who toured with Wolfe in 2014), and Aaron Turner, vocalist and guitarist of Isis. Far from the delicate dirges of her early records, Hiss Spun is Wolfe's definitive rock & roll album. The culmination of lifelong influences, the album's heavier undertones trace back to her roots in rock music.

Named after a Joni Mitchell song, Wolfe was perhaps destined for a life of singing and songwriting from birth. She inherited her earliest musical influences from her father, a country musician who introduced her to artists like Led Zeppelin and Black Sabbath at an early age. In nearly a decade of writing music and performing around the world, her body of work has grown from a handful of frail, ghostly ballads into a sinewy, towering beast, only becoming stronger with each release.

From the bare-bones folk of her first recordings to the grungy doom of her latest work, Wolfe has created her own shade of black with masterful precision. Through it all, the gloomy siren's haunting voice has led the way deeper into the darkness, giving us no choice but to close our eyes and follow. She is currently supporting industrial metal heavyweights Ministry on the nationwide "AmeriKKKant" tour, which stops by the Hard Rock Live on Thursday.