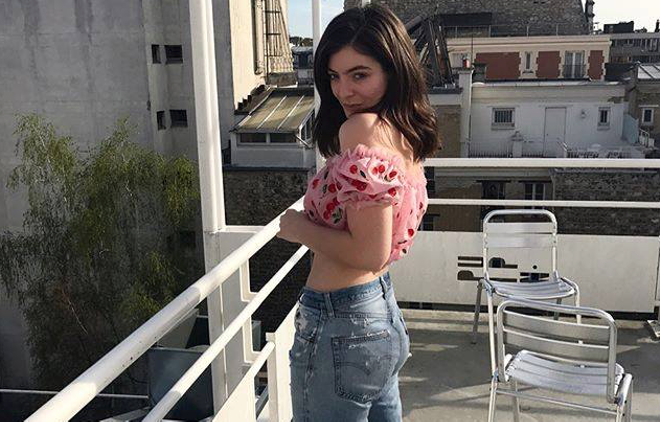 Photo via Lorde/Facebook
Last December, Grammy-award winning pop-singer Lorde canceled a planned concert in Tel Aviv after activists called for her to join what's called the "Boycott, Divestment and Sanctions Movement," which campaigns for a global boycott of Israel until it withdraws from Palestinian territories.

"I have had a lot of discussions with people holding many views, and I think the right decision at this time is to cancel the show," said Lorde in a statement. "I’m not too proud to admit I didn’t make the right call on this one."

Now, Republican state Rep. Randy Fine is trying to get Miami and Tampa to cancel Lorde's upcoming shows, citing a state statute that prohibits businesses from conducting business over $1 million with any organization engaged in a boycott of Israel.

"Florida has no tolerance for anti-Semitism and boycotts intended to destroy the State of Israel," said Fine. "Current statutes are clear – local governments cannot do business with companies that participate in anti-Semitic boycotts of Israel. When Lorde joined the boycott in December, she and her companies became subject to that statute. The taxpayers of Miami and Tampa should not have to facilitate bigotry and anti-Semitism, and I look forward to the Miami Sports and Exhibition Authority and the Tampa Sports Authority complying with the law and canceling these concerts."

While Florida is only one of 20 states with measures in place to confront businesses that boycott Israel, Fine and Speaker Richard Corcoran are currently trying to bolster the current anti-BDS law and eliminate the $1 million threshold. Essentially if passed, any contract with a company boycotting Israel would be prohibited by law.

If the new anti-BDS law is passed, Lorde would have to reschedule her upcoming shows, April 11 at Amalie Arena in Tampa and April 12 at    American Airlines Arena in Miami, because both venues receive state funding.

Today, Fine sent letters to the Miami Sports and Exhibition Authority and the Tampa Sports Authority demanding they cancel the upcoming performances.

The BDS Movement was recently nominated for a Nobel Peace Prize.