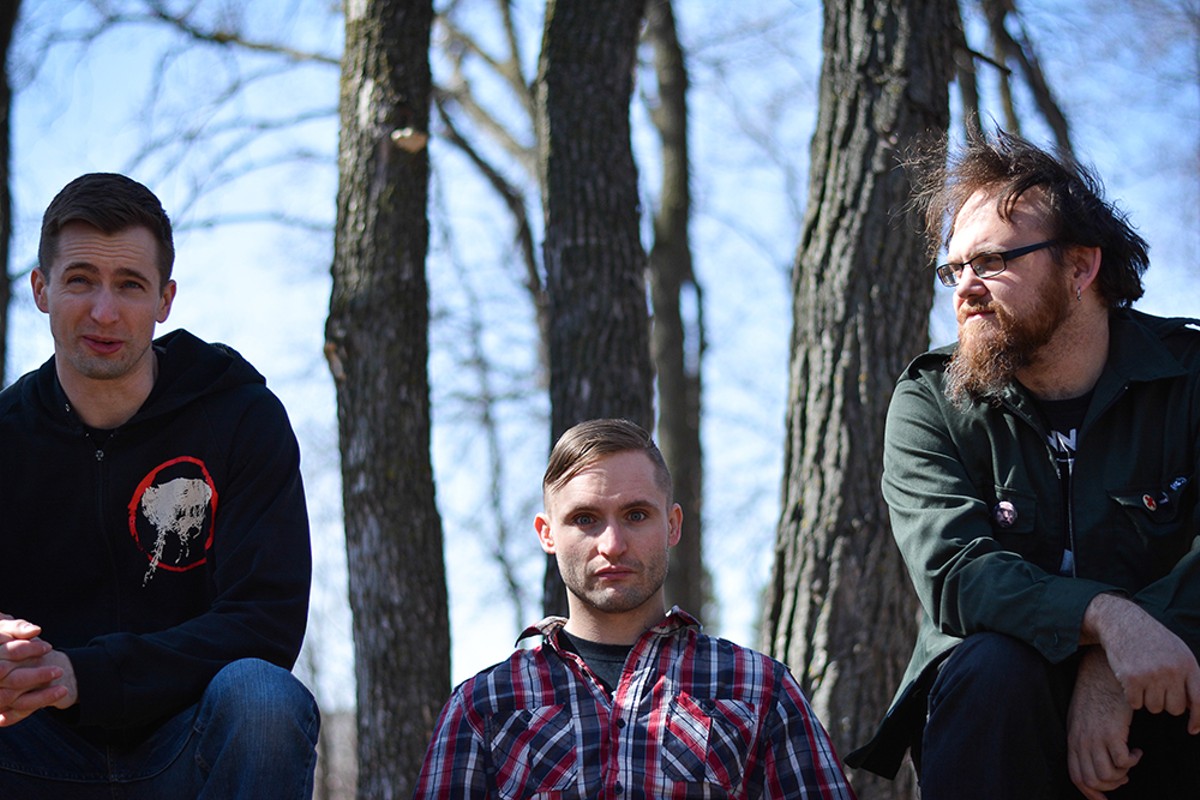 Some find what they term as success, tuck a napkin into their shirts and gorge on that glorious fulfillment for the rest of their days. Others arrive at the destination only to find their stomachs still growling. For KEN Mode, a fierce Winnipeg trio that thrashes with refinement through noise-rock, heavy metal and progressive music, winning a prestigious Juno Award in 2012 for Venerable wasn't a stopping point to be seduced by a working formula. Instead, they raged through violent riffs on follow-up Entrench and this year delved furthest yet into antisocial noise-rock territory for the much-misunderstood but snarkily stimulating Success.

"The title itself is more of a joke than anything," says KEN Mode singer Jesse Matthewson. "It's been really funny when people take it seriously, like we've got something that's going to our heads. Really, it's the vast subjectivity of success itself, and that's why we think it's so funny. Because, like, I don't have my own place. I can barely afford to eat. 'Success,' sure."

He says this while laughing, because if you've spun Success, the sharp-tongued humor of this act is immediately obvious just by skimming song titles. There's nothing woe-is-me about this band that tastefully draws upon a range of exciting influences and channels them into intense music. Each album inevitably adds gravity to the overarching heavy canon. Matthewson is a huge driving force of tone on Success with his vocal delivery, which pays tribute to noise-rock forebears like Big Black and the Jesus Lizard. Fittingly, KEN Mode called upon iconic noise-rock producer Steve Albini to help with its recording.

"Anyone who follows us knew something like this should happen at some point; we just felt the time was right to finally make it happen," Matthewson says. "I've been a huge fan of the way Steve Albini records and everything he's done musically since I was a pre-teen. So this was kind of in a weird, sick, twisted way, a dream come true."

Matthewson's attitude pushes the record each time he shifts his tone, whispering urgently on "The Owl" to bathe the listener with warm and tepid sonics (compared with the rest of the record) before dousing the audience with scalding riffs and screams to end the track. The mocking whimper of lines like "Oh, I just don't care anymore" on the snickering offering "Failing at Fun Since 1981" invokes a playful paranoid-android humor like Marvin from Hitchhiker's Guide to the Galaxy wrote it. The whole listen is an absurdly good time for noise-rock fans, but Matthewson acknowledges the niche is a risk when it comes to the more tone-deaf critical response to Success.

"I didn't feel like the kind of more screamed voice that I've utilized on previous records really fit this music," Matthewson says. "That's why there's been a bit of a shift. For the most part, the people that have been surprised by the change in the style of the vocals, I don't think have really heard our [2008] Mennonite record. Or even people that think that the music is a departure, I feel like, because we self-released Mennonite, a lot of people don't know that we have done songs that are a little more stripped-down and rock & roll before."

Whether this is a new face of KEN Mode you stumbled upon with a knowing smirk or you're way on board either way because it's heavy music tapped into self-defeat without the sappy melodrama of admitting defeat, this isn't a record that's intended for crowd consumption and insipid commercial appeal. It doesn't matter to KEN Mode if you like it, but if you make it to their show, maybe throw them a bone for bravery and, like, bring the band a sandwich? They're starved for Success, ya know.

"That's always kind of been a facet to noise rock in itself," Matthewson says. "People either understand where it's coming from and enjoy that or they don't. And we definitely leaned much heavier on the noise rock side of things with this record and that whole area of music history where we grew up, and I should never expect that everyone would get it. So this is definitely a record for the minority in the more extreme world of music."