Talking darker material, rock band evolutions and not fitting in with Washed Out frontman Ernest Greene 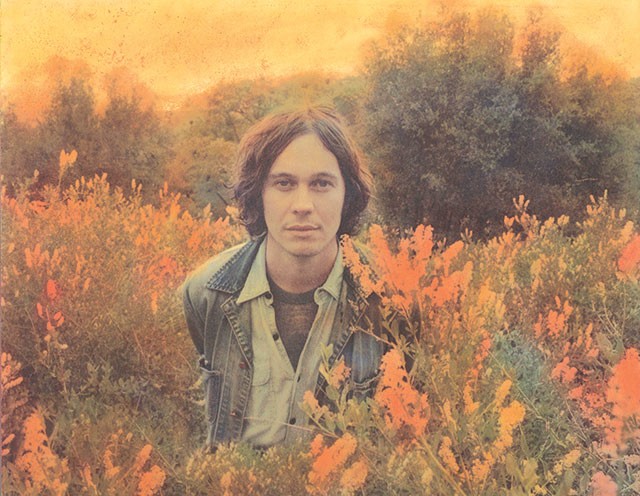 In name, sound and aesthetic, Washed Out has always operated in a sunny, humidity-drenched form of electro-pop cruise control. Progressing from blogosphere favorites to prime contenders for the 2012 summer of chillwave crown to celebrated signees of Seattle indie powerhouse Sub Pop Records, what started as the lo-fi bedroom project of Macon, Georgia, native Ernest Greene blossomed across two full-length albums and a handful of EPs, singles and remixes into something both commercially appealing and critically commended.

What hasn’t changed throughout that evolution is Greene’s ability to shape-shift found sound, digitized samples and acoustic instrumentation into a resplendent mélange of danceable jams. Most of the soaring tracks on last year’s Paracosm are bookended by the buzz of backyard crowds, and even though the album features the first guitar tracks in Washed Out history – the band’s current touring lineup has expanded to what Greene calls a “five-piece classic rock setup” – this is still ethereal music perfect for sensual image ads and Urban Outfitters playlists.

Which doesn’t affect Greene’s easygoing personality or sumptuous Georgia drawl one bit; even questions about criticisms of his work were followed with “Sure, sure,” or “Yeah, definitely” before he’d launch into an answer.

“I’ve been making music for more than 10 years now without ever really playing in bands or jamming with friends,” Greene says. “It’s hard to break out of doing things my own way, but a large part of that comes very naturally. The vocal melodies, the instrumental pieces … those are all magical things that just appear with no forcing. It’s all instinct.”

Those instincts have led in fruitful directions. Washed Out seamlessly transitioned from the early nostalgia-tinged work of 2009 EP Life of Leisure to a hi-fi sheen on 2011’s Within and Without debut full-length – a formula honed to even more knife-sharp effect on last year’s Paracosms. But all of that material has changed drastically as Greene toyed with new ways to perform it live.

“The songs we’re playing now tend to be faster and more uptempo,” he says. “Live, even older songs that didn’t have any guitar parts feel and sound quite different from the record, which is exciting for me. We’re by far the most rock-sounding we’ve ever been, but the core of the band is a nice mix of electronic elements with more traditional or ‘real’ instruments.”

When asked whether the new material he’s working on continues in Washed Out’s trademark sun-dappled vein, Greene laughs. “What’s funny is that with Paracosms, the idea was to write a very optimistic record that played to my strengths. But I actually think it’s easier to come up with sad, melancholy melodies, so the newer recordings I’ve been working on are much darker than anything I’ve previously done. I feel my instinct now is to try a lot less live instrumentation and a lot more samples and computer-manipulated things. I’m not exactly sure where that’s going to end up – or how it will be performed – but that’s the fun thing about it. I always want to move on to the next thing that feels exciting.”

Maybe it’s that forward trajectory – or the fact that Washed Out is an immensely popular electro-pop act rooted in the rock, country and soul-heavy South. But Greene says he doesn’t feel particularly connected to any musical community, whether it’s the chillwave charge he and South Carolinian Toro y Moi fronted a couple of years ago or today’s rapidly changing electronic dance music scene.

“Washed Out has always existed in this in-between place,” he says. “We’ve played a lot of festivals this summer, and some are more EDM-leaning while some are more hippie jam fests. It feels weird not having one group to call home, but at the same time, it feels special that we can adapt and fit into a lot of different scenes. That goes back to the sort of blind intuition I’ve always followed for making music and choosing the next direction of the band. Sometimes it’s a good thing to not fit in.”