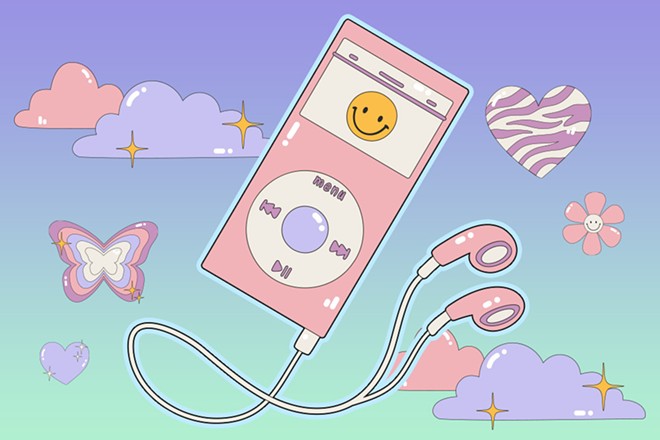 In September at a Goldman Sachs–sponsored technology conference in San Francisco, Warner Music Group CEO Steve Cooper made what, for many, was a startling claim. Spotify and its competitors, he said, have now reached the point where 100,000 tracks are uploaded to their streaming music platforms *every … single … day*.

Think about that. If you listened to one new song today, that leaves 99,999 others that you’ve completely ignored, some of which are probably really good.

Inevitably, this unprecedented overload of information is provoking an opposite, albeit unequal, reaction. In a move that takes its cues from the “back to vinyl” movement, a growing number of consumers are just saying no to streaming music algorithms.

Think of it as “slow listening,” the audio equivalent of slow cooking, but much easier to pull off. But before we get to how it works, let’s take a moment to put all this into a historical context.

Back to the future
Back in the mid-1960s, when full-length albums were first beginning to replace 7-inch singles as music fans’ format of choice, the record industry was releasing just 5,000 albums a year. Recording and pressing albums was, after all, an expensive undertaking. That, combined with the fact that many artists were cranking out more than one album a year, made it relatively easy for teen music fanzines like Hit Parader and Tiger Beat, bribe-hungry radio disc jockeys like Alan Freed, and devoted fans like your parents (or grandparents) to keep track of what was happening in the music world.

Four decades and numerous formats later, that music world was a far more sophisticated, and lucrative, enterprise. During his keynote address at Apple’s 2001 product pep rally, Steve Jobs paced the stage in his trademark black turtleneck and Levi’s 501 jeans, building suspense for what would turn out to be an industry game-changer. “This amazing little device holds a thousand songs, and it fits right in my pocket,” he said, holding up a shiny new iPod prototype for all to see.

“This is a quantum leap,” he continued, “because for most people, this is their entire record collection.”

As with so many other technological innovations, that once-revolutionary device and its 1,000 tracks now seem quaintly archaic. Especially now that Apple Music hosts more than 100 million tracks, many of which are said to be quite good. Rumor has it you can even upload your own music to the internet!

Siri, skip track
In his 1964 book Understanding Media, the pop-culture philosopher Marshall McLuhan wrote about how radio was shifting “from an entertainment medium into a kind of nervous information system.”

As it turned out, terrestrial radio couldn’t finish the job alone, which may be why hundreds of stations today are experiencing, as one industry tip-sheet put it, “negative advertising growth.” Meanwhile, the command “Siri, skip track” is being uttered by someone, somewhere in the world, every three seconds. (Full disclosure: I totally made up that last part, but you get the point.)

Psychologists have labeled this phenomenon the “paradox of choice,” where a seemingly infinite number of options exponentially increases the likelihood that you’ll be dissatisfied with whichever you end up choosing.

Streaming music algorithms are understandably concerned about this. After all, they’ve gone to the trouble of passing their Turing Test, developing an intimate relationship with your musical subconscious and sorting through a hundred thousand daily uploads to find the ones that are perfect for you. And now you act like you don’t appreciate them.

Streaming music company executives are also concerned, both about profits and perception. Earlier this month, when Apple Music announced its 100,000,000-track milestone, company spokesperson Rachel Newman addressed the matter in not entirely uncertain terms: “At Apple Music, human curation has always been the core to everything we do, both in ways you can see, like our editorial playlists; and ways you can’t, like the human touch that drives our recommendation algorithms,” she said.

All of which brings us back to slow listening, a concept that has nothing to do with beats per minute and everything to do with regaining your sanity. If you or someone you love is suffering from audio-induced attention-deficit disorder, be sure to read the next section.

Slow listening made easy
Here’s how it works. First, cancel your Spotify account. Then do the same with your Apple Music account. Also Pandora, Amazon Unlimited, Tidal, Quobuz and anything else you can think of. Do this now.

Back so soon? Good job! Now it’s time to commit yourself to avoiding these platforms for a period of at least 21 days, which researchers have determined is the amount of time it takes to break a bad habit.

Yes, this is a sacrifice, but one that will pay off in the long run. Soon you’ll find yourself fully capable of listening to full verses, repetitious choruses and pointless bridges as you patiently await the next track.

Here are the five easy steps you can take to do all that and more.

1. Go to a record store
If you search Google Maps, you’ll be surprised by how many record stores you can find within a 50-mile radius. And while you may not find Jack Black behind the counter at all of them, you will hear real music, curated by real record store clerks. Now go up to the counter and ask the name of the album they’re playing. Whatever it is, buy it, bring it home, sit down and listen to it all the way through. Not once, but several times. Slow listening is all about commitment. You can do this.

2. Listen to the radio
No, you don’t have to go out and buy one, although you can if you want to. Instead, download the Radio Garden app. A modern-day equivalent to short-wave radio, its Google Earth-like interface is totally addictive. Just spin the virtual globe, zoom in on any geographic region that peaks your interest, and then click on one of the many green dots, each representing a real local radio station that you can listen to in real time.

Lately, I’ve been tuning in to “Shirley and Spinoza.” A station out of Dali City, China, it offers a mesmerizing mix of intentionally forgotten records, artful electronic manipulation and avant-garde sound collages that is sometimes breathtaking (and sometimes unlistenable). The show is hosted by a pair of expats who previously ran a low-power FM radio station in Northern California and performed in Negativland, an art-damaged San Francisco band best known for trolling U2 into suing them.

3. Watch YouTube
According to a Pew Research Center poll, YouTube is currently the most popular app among teens. Nearly 95 percent reported using it more than any other service, and one-fifth of them said they use it “almost constantly.” Why do you think that is? No one knows. But what we do know is that YouTube has one of the absolute worst recommendation algorithms of all time, which in a tailored-to-fit world of streaming music services, makes it kind of refreshing.

4. Buy an iPod
This past May, after 20 years on the market, Apple discontinued its last iPod model and the world breathed a collective sigh of indifference. Thankfully, you can still pick one up cheap on eBay. Look for the first generation, the one that will hold up to 1,000 tracks, because that’s all you really need.

5. Get Sirius
Many of us view SiriusXM as a crass attempt to get people to install satellite tuners in their cars, turn Starbucks into a safe haven for indie-elevator music and cater to the kind of people who like Howard Stern. And it is all of those things. But it’s also a surprisingly good alternative to those streaming music apps you just deleted from your iPhone. While the majority of its 270-plus stations aren’t exactly innovative, there are still a number of must-hear, human-curated shows like Diplo’s “Global House Party,” Furious Five MC Scorpio’s “International Rap” and Black 47 frontman Larry Kirwan’s “Celtic Crush.” You’ll also find stations devoted to everything from Hindi pop and bhangra beats to 24-hour trucking news and Francophone holiday music. In most cases, there’s no way to skip to the next track.

Which is pretty much the whole point.
Scroll to read more Music Stories + Interviews articles