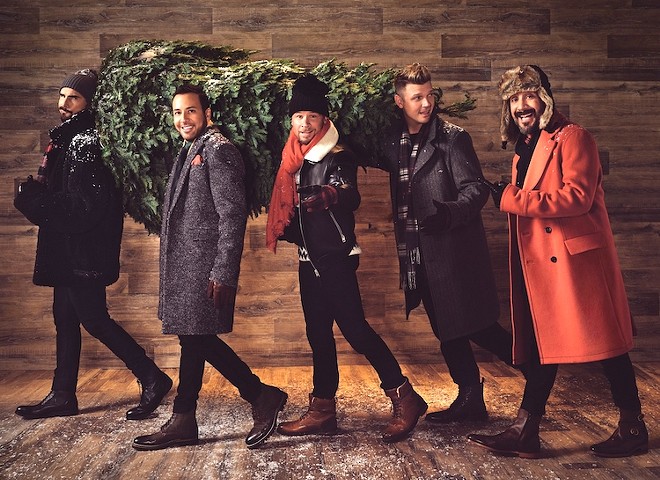 A Very Backstreet Holiday  was originally scheduled to air on Dec. 14, featuring the BSB members performing songs from their recent A Very Backstreet Christmas album. The show would have also featured guest spots from the likes of Seth Rogen, Meghan Trainor, Rob Riggle and Nikki Glaser. The show has since been pulled from that evening's lineup, according to Variety.

Earlier this week, BSB member Nick Carter was named in a civil lawsuit that accused him of raping a 17-year-old girl and infecting her with HPV back in 2001.

The lawsuit alleges that Carter raped the then-teenage fan after a BSB concert in Tacoma, Washington. At a news conference in Los Angeles this week, the woman's lawyer, Mark J. Boskovich, stated that Carter sexually assaulted her on the band's tour bus, afterwards threatening her that if she told anyone, no one would believe her and she would go to jail.

Nick Carter's own lawyer gave a statement to Variety denying the charges, saying that  "there is nothing to this claim whatsoever, which we have no doubt the courts will quickly realize.”