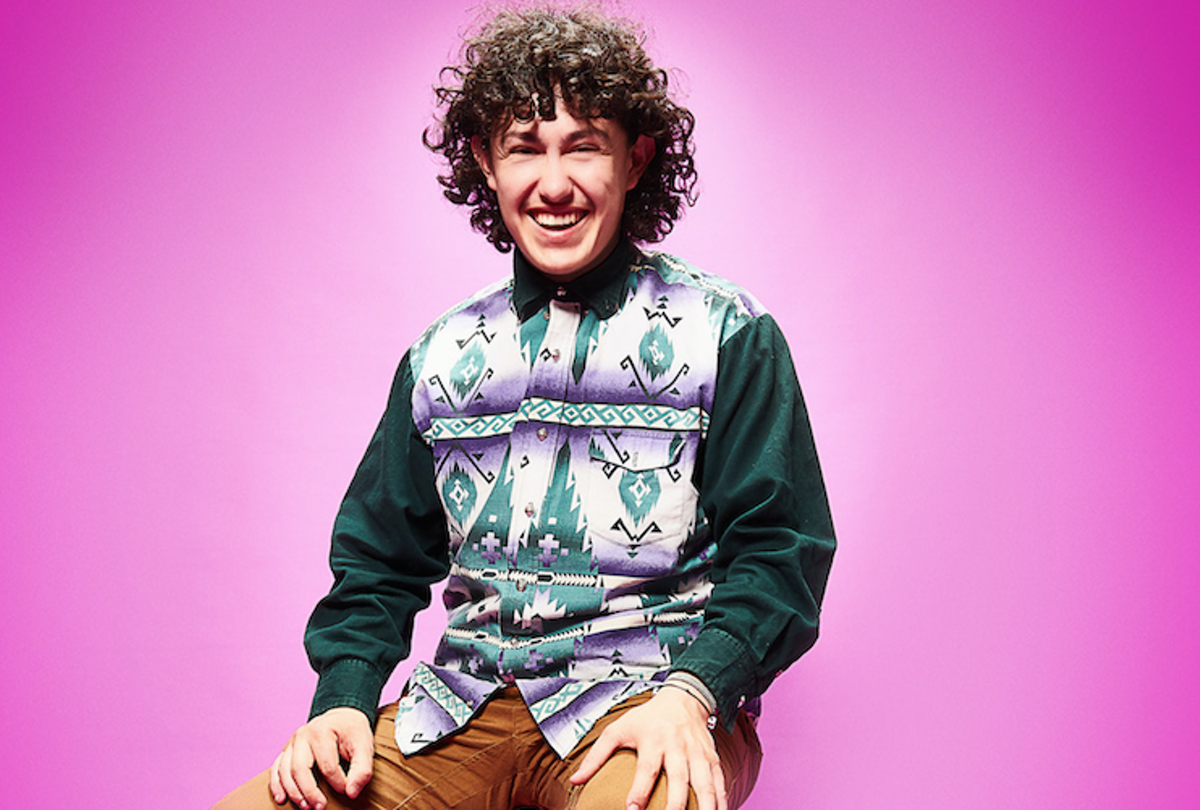 Since its debut in 2009, the NPR Tiny Desk Concert has occupied a singular place in the music business. It has become arguably the primary platform for independent artists of many genres to find mainstream exposure, and it's had a decisively positive impact on the careers of hundreds of artists on a weekly basis for almost a decade. The most recent in that line is Hobo Johnson, born Frank Lopes Jr. in December 1994, who plays the House of Blues on Monday.

He will have played pretty much every major American city by the time he arrives, leaving only Atlanta and Nashville before he takes the rest of the year off and starts 2019 working Australia and most of Europe in January. Joining him is his band, the LoveMakers: Derek Lynch on guitar, Jordan Moore on guitar and keyboards, David Baez-Lopez on bass, and Ben Lerch on drums.

Johnson is touring in support of his full-length debut, The Rise of Hobo Johnson, released by Reprise in November 2017. "There's no overall theme or defined vision," he says. "The album is a collection of songs that reflect what's going on in my life at the moment through these elements of hip-hop, folk and punk. For me, music is a way to get out all of my crazy feelings and thoughts."

The album covers a lot of serious subject matter, but does so in a way that comes off as innocent, almost tender. His parents' divorce when he was a child still weighs on him, and you can hear the residual angst seeping through the speakers on tracks like "Romeo & Juliet" and the deeply affecting "Father." At times, the earnestness is almost too much to bear.

The title carries more meaning than it might have upon release last year. In terms of career trajectory, Hobo Johnson started from the bottom, literally. After being kicked out of his house at age 19, Lopes lived in a Toyota Corolla that was older than him, working at a pizza place while he began writing some of the material we're hearing today. That is how he got his stage name, and the title of his first EP, Hobo Johnsons 94 Corolla (2015).

He and the LoveMakers submitted a video for their lead single, "Peach Scone," in March, and it swiftly went viral, drawing 3 million views in just the first week. The song was subsequently streamed more than 50 million times.

With such buzz behind them, working the Desk seemed inevitable, and so they did, six months later, at the NPR Music office in Washington, D.C. It was a star-making gig. Host Bob Boilan (whose tiny desk is the Tiny Desk) was so taken with the group that he interrupted their set right before they played "Peach Scone" to present them with a basket of peach scones that he got up early to bake for them. Given how early NPR hosts have to rise on a regular day, that was quite the vote of confidence.

The NPR audience shared the host's passion for the band, racking up nearly 2 million views of the set within a couple weeks. That makes it the 66th most-watched of over 800 Tiny Desk Concerts filmed to date. (There have been about 13 sessions since, as of this writing. The NPR website usually has a couple that have not yet been uploaded onto YouTube.) The love spread thickly across his social media, leaving him with nearly a million likes on Facebook, 63,000 followers on Twitter, and more than 400,000 subscribers on his own YouTube page, which itself has nine videos with a million views or more, and 32 million views in total. All this growth has happened more or less organically, through word of mouth, with little industry prodding.

He's basically built a whole new market in recent weeks, and these new fans are flooding into the shows on his "Bring Your Mom" tour, which started Oct. 22. Accompanying him on tour is Jeffrey Lewis & Los Bolts, an indie-folk trio led by the aforementioned Lewis, whose lyrical style is kinda like Johnson's; the group also includes Caitlin Grey on bass and Heather Wagner on drums. Oliver Tree joined the tour in Detroit on Nov. 3.

Not bad for a guy who didn't even win the actual contest, but that seems to be his way – extracting victory from defeat time and again, through his good nature and talent. On video and in print, Hobo Johnson comes off as a seriously decent guy – polite to the point of awkwardness, like a shy person who's learning how not to be sometimes. His gentle nature makes this recent success seem even more warranted, and one expects it to continue for years to come.