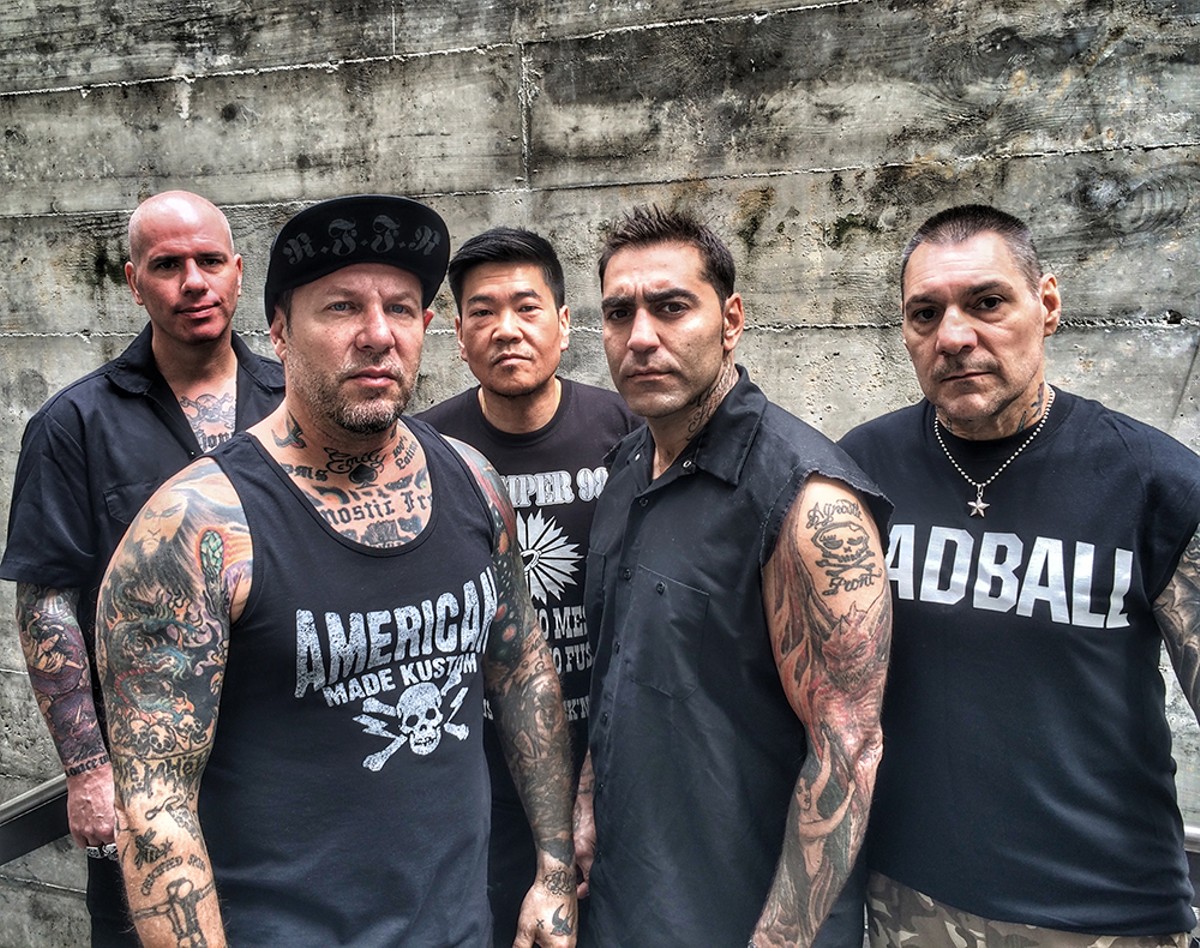 It's almost a cliché now when young bands say, "Music is a way of life." You sigh and wonder if that'll hold when adult life comes knocking at the door of the practice space. Agnostic Front, however, have proven that clichés tend to be rooted in some truth. Bursting out of the NYHC scene of the early '80s with classics like Victim in Pain and Cause for Alarm, the band, led by vocalist Roger Miret and guitarist Vinnie Stigma, never even considered stopping, despite a whole host of obstacles and struggles that would fill a book. And here they are today, revered elders of hardcore, poised to embark on yet another tour, playing alongside young bands and loving it. Miret spoke with Orlando Weekly from his home in Arizona.

Orlando Weekly: Didn't you live in Orlando for a bit in the early '90s?

Roger Miret: I actually did live in Orlando in ... I'd say 1993. I went to the Motorcycle Mechanics Institute. Before then all I used to do was work on bikes; I'd work on them back home in New York. So in 1993 I came there to train as a Harley-Davidson mechanic.

Was it a creative time for you?

Very creative! I got to build two motorcycles in my bedroom. That's how I spent my time!

I remember that a friend of mine swore that he saw you in Publix – it was like an Elvis sighting.

I remember that place! That happened a lot there, people recognized me from the band and wondered what I was doing there. Same thing happens to me here in Arizona. "What are you doing here?" I live here, man!

Agnostic Front in 2016 is in an interesting position in that a lot of very young bands are using your music as a direct template and you've refrained from the bitter old guy of the scene routine – "Lemme tell you how it was back at CBs."

There's no need to be the bitter, older guy telling everyone how to slice bread. We've always been who we are and even though we love the past, we look forward to the future. It's awesome to see all these bands that are influenced by us. It always makes me feel good to know that I haven't wasted my time!

The old-school vibe is happening once again. Which is very cool. And it's great to be one of the founding fathers of that movement, we're one among many bands that deserves credit for it. But what separates us is that we're one of the few that stuck around the whole time.

How much longer do you see yourself going with this?

I'm having fun. So as long as I'm enjoying myself, and it's not affecting my home life or my health, why not have a good time? We're getting older, but I think hardcore keeps us younger, to be honest with you. Physically it does, mentally it does. I'm very aware of a lot of things. And I love it. I see a lot of people my age and they just got married and had kids and that was it. That was their life. And I'm really happy to live my life the way I want to.

You and Vinnie Stigma almost have a Jagger/Richards thing going ...

I don't think we'll go on for that long! But we're actually still enjoying ourselves.

What inspires you to write?

Just the news! The world. That's the whole thing. Most people in America don't even know what's really going on worldwide or don't care to know. The media – or the American media, let's be precise here – is not giving you all the information you need. And they don't want to. They want to keep you in fear. Go beyond the regular American news channels, look at it all.

What should people expect who haven't been to an Agnostic Front show before?

Expect a genuine show, a lot of energy. A lot of old songs, we're throwing in some new songs, a lot of singing along. Enjoy yourself, have a good time. There're a lot of groups playing with us, some good Florida bands.

Directly after this tour – the last show is on a Sunday – I fly home on a Monday early to Arizona and that Tuesday I fly back to Florida with my family. We're going on vacation, we're going to the Bahamas, we're going to Atlantis so my kids can have a blast and swim with dolphins. Very hardcore, right?