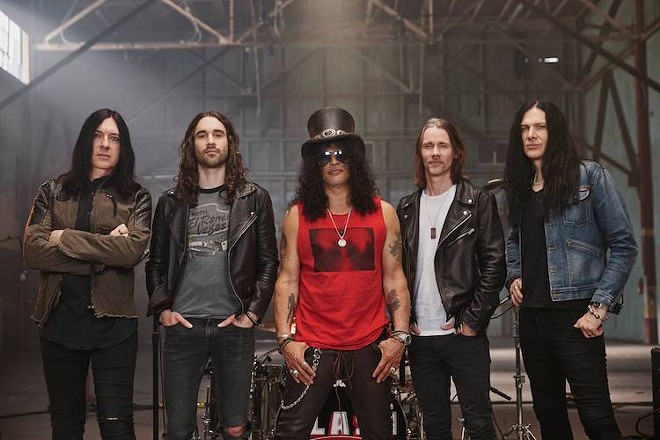 Photo courtesy Slash/Facebook
Guns N' Roses axeman and top-hat connoisseur Slash has announced a tour next year, and he'll be rambling into Orlando thanks to the good people at WJRR.

In February of next year, the guitarist will release his fifth solo album from his solo project Slash Featuring Myles Kennedy & the Conspirators (try chanting that for an encore!), the somewhat misleadingly titled 4. 4 is set to be released via Gibson Records on Feb. 11, 2022, and this week the band put new single "The River Is Rising" out into the world.

Now, if you're a seasoned road-dog like Slash, it's second nature to hit the road right after the album hits the racks, and so it is that Slash and his Conspirators are starting a tour in February as well.

That two-month trek starts in Portland and snakes around the country before wrapping in Orlando at the Hard Rock Live on Saturday, March 26, 2022, presented by local rock radio station WJRR.

Tickets for this show go on sale Friday, Oct. 29 at 10 a.m. through Ticketmaster.