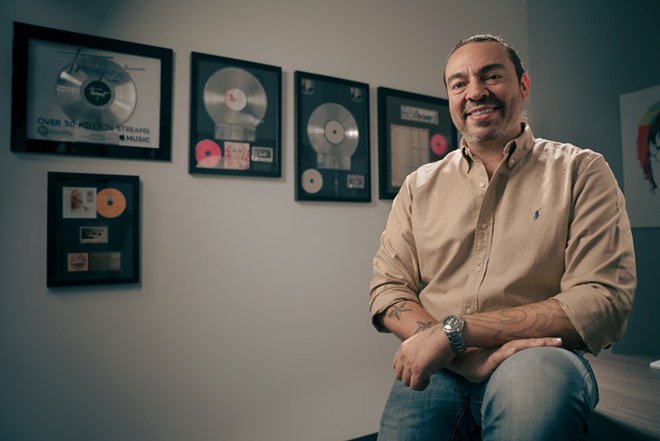 Tony Mardini is the new Director of Career Development at F.I.R.S.T. Institute. Before Tony took on this role at F.I.R.S.T., he spent years developing his craft as an audio professional. In the lifespan of his career, Tony has held the titles of In-house Engineer at Darkchild Entertainment and Engineer/Producer/Songwriter at Gloria and Emilio Estefan’s production company, Estefan Enterprises. Tony has also worked for both the NBC Sports and Golf Channels as an audio mixer for live and pre-recorded broadcasts. Mardini’s success has continued throughout the years, gaining him Multi-Platinum awards, BMI Songwriter awards, a Suncoast Emmy Award, Promax Award, nine Latin Grammy Nominations, and two Latin Grammy wins.

Tony has focused the last decade of his career on helping graduates in higher education land entertainment industry jobs in their field of study and developed partnerships with key employers seeking to hire the next cutting-edge creative minds. “I believe success is achievable for all our students; my commitment to them is just as strong as my commitment to myself. Their success is our success. At F.I.R.S.T., we focus on connecting our students with opportunities for advancement and help them reach their desired goals,” said Mardini.

Tony always found himself in major label sessions giving career advice to anyone he was working alongside; it was only natural for the second leg of his career to be supporting up-and-coming creative industry professionals. “For me, this step in my career felt right. Being able to share my experiences and relate to our students on this level is something that I truly pride myself on, and for any student looking for an institute that offers hands-on mentorship, I’d absolutely recommend F.I.R.S.T.,” said Tony.

F.I.R.S.T. Institute is a premier digital media school headquartered in Orlando, Florida. F.I.R.S.T. offers hands-on experience for students in both online and on-campus options. Their programs include Recording Arts, Filmmaking, and Graphic Design.

ADVERTISEMENT. Orlando Weekly news staff was not involved in the creation of this content. Please note, this report is written for informational purposes only.