As a teenage prodigy, Pat Metheny found himself playing with the jazz masters of his native Kansas, learning about music and life from the best musicians in town.

Fifty years later, Metheny, a multiple Grammy winner, prolific recording artist and one of the world’s great guitarists, is returning that favor to a generation of younger musicians with his Side-Eye project, bringing them in to record and tour with him.

“I was such a beneficiary of that myself, going back to the Kansas City days when I was 15, 16, 17 years old,” Metheny said in a recent video interview. “I was incredibly lucky to find myself playing on the bandstands of Kansas City with the best musicians in town. That's really how I learned to play. All those guys were, obviously, a lot older than me and gave me, not just the opportunity but, by being around them, kind of a window into what their worlds were as musicians and everything else, too.

“Then I was 18 when I joined Gary Burton's band and continued to have great relationships throughout with that very special generation of musicians just above me. They include, of course, Chick Corea, Jack DeJohnette and Gary, especially Steve Swallow, Herbie Hancock. That group of people, you know, in addition to being like my heroes, I ended up playing with them all the time and got so much from it.”

Side-Eye NYC, the album Metheny released in September 2021, finds the acclaimed guitarist accompanied by a handpicked rotating cast of players, including some of the most exciting and innovative new musicians on the New York scene.

Recorded just before the pandemic, Side-Eye NYC (V1.1V) is a mix of originals along with re-workings of some of Metheny’s most beloved pieces, such as “Timeline.”

The live version of Side-Eye will feature pianist/organist/keyboardist James Francies and various drummers. 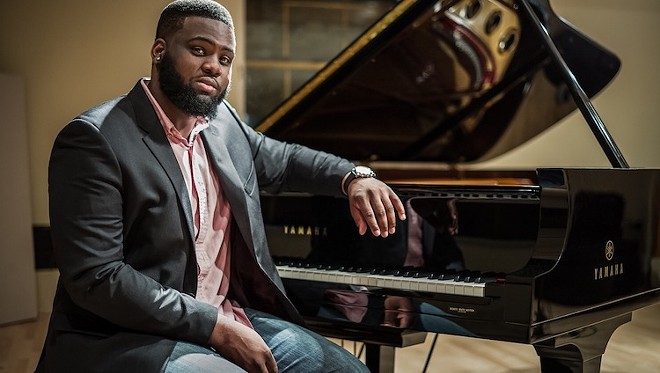 “I've already gone through five of the 12 drummers that I hope to be able to use along the way,” Metheny said. “Each one of them has incredible abilities, but also as sort of an insight into my thing … They've all grown up listening to the records that (are) mine and records that I'm on, so they really understand how to play those tunes in ways that back in the day, it was difficult for me to find anybody who even knew what I was talking about in some cases.”

Side Eye is the latest innovative project for Metheny, who has won Grammys in 12 different categories, including jazz, new age and country. For his previous album, Road to the Sun, he wrote for and recorded with a handful of the world’s top classical guitarists.

That alone shows that Metheny, who’s considered a jazz guitarist, is all over the musical map, not confined to or defined by any genre.

“I'm going to take that as a compliment, rather than being accused of being a schizophrenic,” Metheny said. “In many ways, the whole issue of genre has eluded me in terms of being able to discuss it, or acknowledge it because I kind of feel non-aligned in a way.

Metheny — who says he and his collaborators could play with Beyoncé one night and not get fired, play with the New York Philharmonic the next, and then do an improvised jazz performance the next — has been honing his craft for more than five decades, unceasingly working on the music that drives and defines him.

“I'm way better now than I was at the time I started making records,” he said. “My own first record I made in 1975. At that point, I'd only been playing for four or five years, Now it’s like 50. Throughout that entire time I've been working really hard to improve not just in terms of playing an instrument, but just as a musician and everything that comes with that.”

As an improvising musician, the constantly touring Metheny is thankful that he gets to perform night after night on a continuing quest to find the “stuff” he’s always looking for. He’s also thankful for music itself, one of the few anchors of truth in today’s turbulent times.

“You know, I'm not even gonna say the last year and a half, the last five and a half years, really, really troubling times, one incredible aspect of music, whatever else is going on, you wake up every morning and B-flat is still B-flat,” he said. “It doesn't change. No matter what else is going on, you can count on it. So, I feel like we get to trade in a currency. We're dealing in something that is like the world's most golden bank account,” Metheny said. “I feel very lucky.”

Below, an early version of one of Metheny's best-loved compositions, "Bright Size Life," and the reworked Side-Eye version.

–
Stay on top of Central Florida news and views with our weekly newsletters, and consider supporting this free publication. Our small but mighty team is working tirelessly to bring you Central Florida news, and every little bit helps.
Scroll to read more Music Stories + Interviews articles