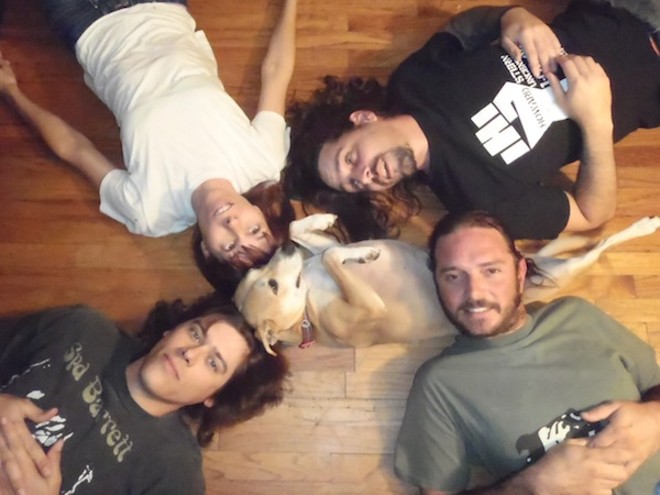 with Dirt McCoy and the Trailer Park Refugees, the Mother Machine

Orlando freak rockers Franchise have been around the scene for damn near a decade now, albeit in not exactly concentrated doses. Regardless, whenever they do emerge from their cave, it’s always to notably intriguing results. Over the years, their boundary-pushing sound has roved between the poles of noise, psychedelic and space rock. Currently populated by members from noteworthy local acts like Danny Feedback, Bob on Blonde and Dr. Moonstien, the quartet is releasing their fourth LP, The Akashic Record. It’s a strong, dizzying album that effectively hinges their experimental gestures - which can be genuinely creative and wildly humorous at the same time - on intelligible rock language in ways perhaps more even-handed than ever. It’s reliably left-field, often with a big sense of humor, but capable of snapping into some flights of beautifully overdriven power. Is Franchise conceptual, mischievous or just way stoned? Likely all three. Catch them while you can. – Bao Le-Huu