It came from the crypts of London 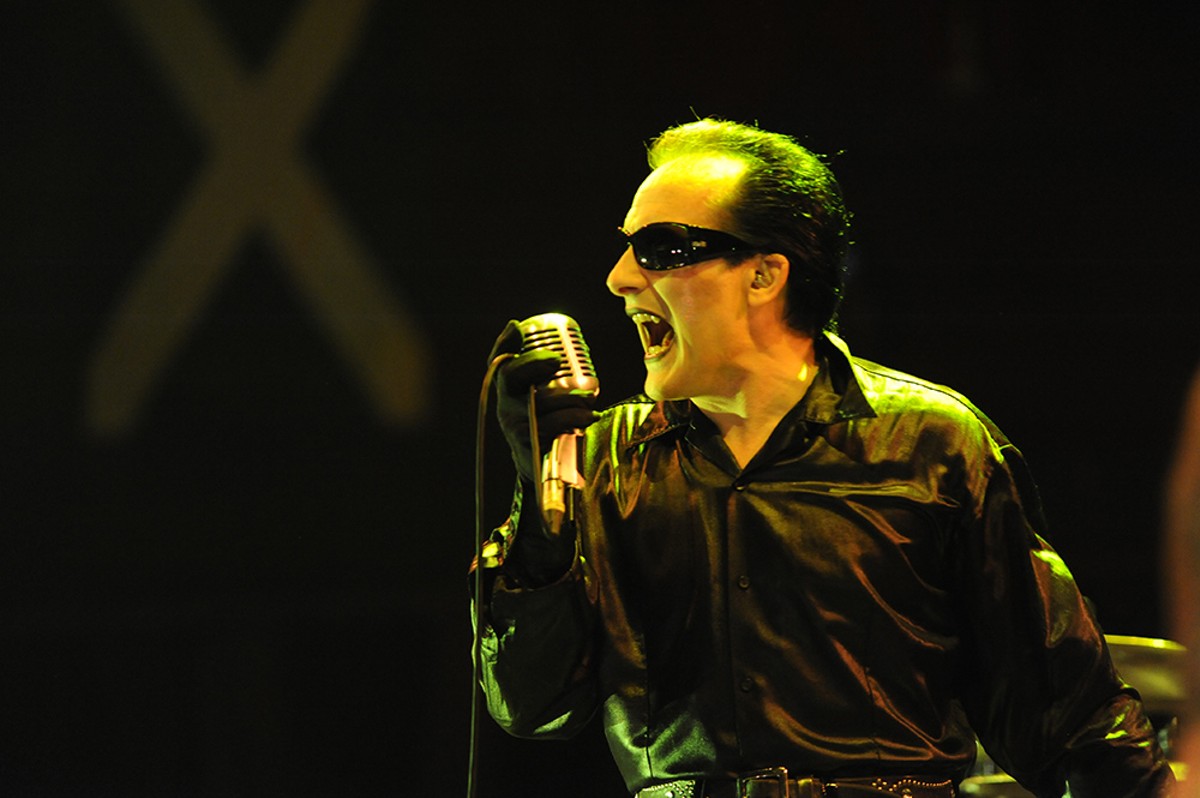 "No one expects to be in the same job for 40 years these days. You know, it's not like this was planned. It's just the way that it's happened," sighs Damned vocalist Dave Vanian, summing up his band's long career. That famed British reserve even extends to punk veterans, apparently. This year the U.K. punk legends are celebrating the 40th anniversary of their first, epochal LP – Damned, Damned, Damned – with an exhaustive stateside jaunt. Cause for further celebration is last week's announcement that their next album (funded in part through a PledgeMusic effort) is slated for release with Search and Destroy Records.

The counterweight to this bright announcement is the recent onstage injury of guitarist Captain Sensible. He suffered a broken rib, forcing cancellation of several shows last week. Despite this grave news, the group will be back on it this week. Indeed, the Captain returned to the stage on Sunday, playing guitar perched on a specially designed "throne." "It's a shame this happened, because we've had such a great run of great shows and it's going to dampen us down a bit on stage ... but we'll see what happens," says Vanian.

The band's quick bounceback after a seeming K.O. blow gives real-time insight into how the Damned have managed such a substantive career. "I don't think [our approach to music] has changed. Nothing's changed at all," Vanian says bluntly. A consistent mentality and work ethic, though not so with their ever-changing sound, links their 10 releases. There's no beating the punk rock horse. Vanian traces this tendency back to the early days: "Since Brian [James, founding guitarist] left, it was always going to be a band that was going to change. Either the audience would change with us and like it or we'd get new people. The music was the most important thing, first and foremost – it kind of led us more than we led it."

The new album will be their first release since 2008's So, Who's Paranoid, and with six months' and three continents' worth of tour behind them and just over a month of gigs ahead, Vanian's sight is already fixed on the studio: "The tour was announced before we really got started on it, and it's great to be touring, but it's hard to write when you're on the road. It's not something I'm used to doing and we're trying that as well. I'm looking forward to when the tour ends – it looks like it'll never end the way it's going. Then we can really knuckle down and get it written."

Since their last release, Vanian has stayed busy composing for film and television. He provided the soundtrack for 2009's noir-influenced film The Perfect Sleep and the in-progress Alice on Mars, and aims to become even further involved in film. "These days I'm really seriously thinking about getting into film production. I'm a bit disappointed in Hammer Films. I think it's time we had a kind of cohesive British film company that puts together very stylized kind of looking film," muses Vanian.

Despite rapturous receptions on tour, music fiend (and contrarian) Vanian perversely looks forward to musical extinction: "I'm always looking for the new music that's going to wipe us old farts off the map." Vanian's sentiments are appreciated, and until this wave washes them to obsolescence, they've earned your continued attention.