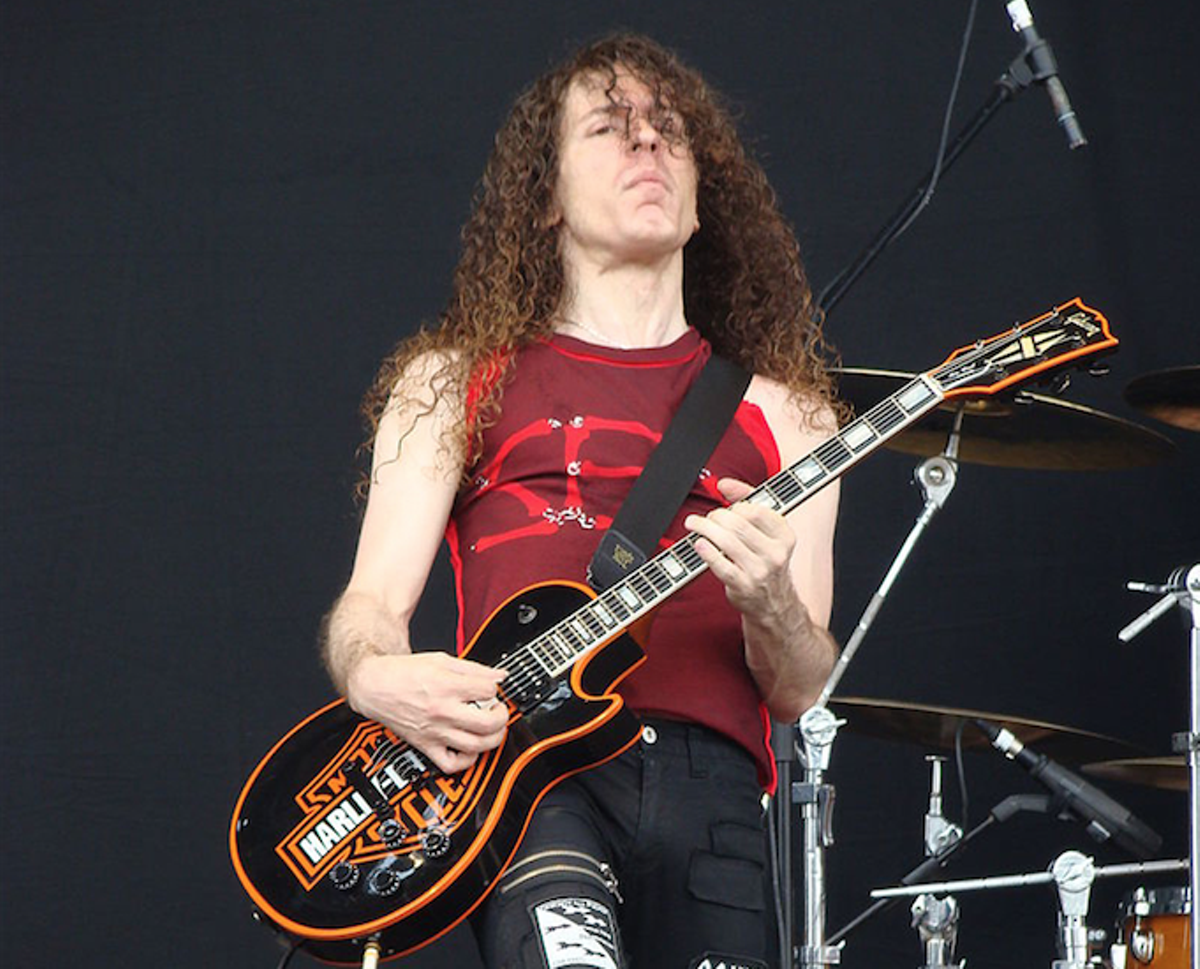 The year 1986 was a really good one for heavy metal. Slayer's Reign in Blood, Metallica's Master of Puppets, Megadeth's Peace Sells ... but Who's Buying?, and Dark Angel's Darkness Descends were all released, making it unmistakably the year that thrash became the primary language of the genre's underground. The release of the first Guns 'N Roses EP – along with debut albums from Tesla, Cinderella and Poison – pointed the way toward the glammy hard rock that would come to dominate the popular perception of metal.

Meanwhile, though, there was another subset of the genre that fused the speed and brute force of underground metal with the flashy melodicism of its more accessible permutations. 1986 was, for some at least, the Year of Shred.

Thirty years later, it's almost laughable to think that there was an entire economy built on the back of "classically trained" guitarists who burned inhuman amounts of notes through their solos, while playing otherwise unremarkable metal tunes, but that was very much the case. From the labels that released the records (or, really, the label, which was Mike Varney's Shrapnel Records), to the guitar magazines with their baffling "how to shred" columns, to the music stores and guitar manufacturers selling through their stocks of Jacksons, Ibanezes and ESPs, millions of dollars likely changed hands as gullible teenagers everywhere were inspired to arpeggiate faster than one should arpeggiate.

Guitar idols were nothing new in 1986, of course, and this wave could directly trace its lineage back to Eddie Van Halen's "Eruption" in 1978 and Randy Rhoads' proto-shredding on Ozzy Osbourne's first two solo albums in the early '80s. By 1984, ex-Zappa guitarist Steve Vai self-released the supremely weird (but definitely shreddy) Flex-Able album, and Shrapnel Records itself was dabbling with the concept of prodigious guitarists being the focus in hard-rocking metal bands like Vicious Rumors, Keel, Hawaii and Steeler. However, it was the 1985 solo debut by Steeler's guitarist – Yngwie Malmsteen – that set the stage for 1986's shred explosion. On Rising Force, Malmsteen dispensed with both the pretense of band identity and the idea that his Paganini-inspired guitar work should be anything other than the primary focal point of his music.

That album's success (thanks to a surprising major-label release) set the stage for shred's rise in 1986, and Shrapnel Records was ready. The label released five certifiable shred classics in 1986 – Tony MacAlpine's intricate and intense Edge of Insanity, the sweepingly melodic Mind's Eye by ex-Vicious Rumors guitarist Vinnie Moore, a trashy and explosive LP called Street Lethal by the Paul Gilbert-fronted Racer X, the aggressive power-metal of Chastain (Ruler of the Wasteland), and Project: Driver by M•A•R•S, which was, of course, a supergroup effort featuring MacAlpine, ex-Ozzy drummer Tommy Aldridge, ex-Quiet Riot bassist Rudy Sarzo, and vocalist Rob Rock (a Central Florida resident who would go on to sing with other shredders like Chris Impellitteri, earning himself the title of "the voice of melodic metal").

It wasn't just Shrapnel, either. In 1986, ex-Kiss guitarist Vinnie Vincent released a self-titled album that featured his pink-tinged and psychotic approach to glam-shredding, Joe Satriani released his first solo album (Not of This Earth), Malmsteen released Trilogy, and Steve Vai shredded his way through the Ralph Macchio movie Crossroads as the devil's guitar player while also appearing on David Lee Roth's debut solo album playing about a thousand times better (and wilder) than Eddie Van Halen at the time. It was a glorious year for guitar music ... if you didn't hold restraint, sophistication or songcraft in particularly high regard.

And 1987 continued the trend. Impellitteri released a phenomenal debut, Satriani's Surfing With the Alien became a certified hit, and, of course, Shrapnel remained a focal point, taking shred in more histrionic and impressive directions. One of those directions was defined by the debut from Cacophony, which featured 17-year-old prodigy Jason Becker and ex-Hawaii guitarist Marty Friedman. Speed Metal Symphony is, quite frankly, an insane record. While most shred albums can barely contain the notes (and ego) of one neo-classical guitarist, Cacophony's featured two, and both of these guitarists were going for broke for 100 percent of the record's duration. Sure, there's a vocalist, and some "songs," but for the most part, the entirety of Speed Metal Symphony is a ridiculous and wonderful showcase for Becker and Friedman, and it's one of the most unapologetically shreddy albums ever recorded, building upon the substantial foundation of 1986's landmark releases, while apparently saying, "No ... more" to every element of them.

Both guitarists would release solo albums – on Shrapnel, of course; Friedman's exceptional Dragon's Kiss is well worth exploring – and go on to higher-profile careers. Becker replaced Vai in David Lee Roth's band, and Friedman was Megadeth's lead guitarist throughout the entirety of the band's '90s popularity before going on to establish a successful career as a rocker in Japan in the 2000s.

That stint in Japan is definitely what colors Friedman's current approach to music. In fact, he even distances himself from the shred tag – "I never liked that term," he told Rolling Stone in 2014. The music he's created as a (relatively) more straightforward rock star in Japan has been wonderfully weird and even more musically inscrutable and ego-expressive than some of the solos he crafted with Cacophony. It's not exactly the "evolution of shred," but it's also clear that Friedman's mid-'80s jaunts into the "do anything, as long as you do more of it" mindset of shred metal aren't – nor are likely to be – ever too far away from his fretboard.