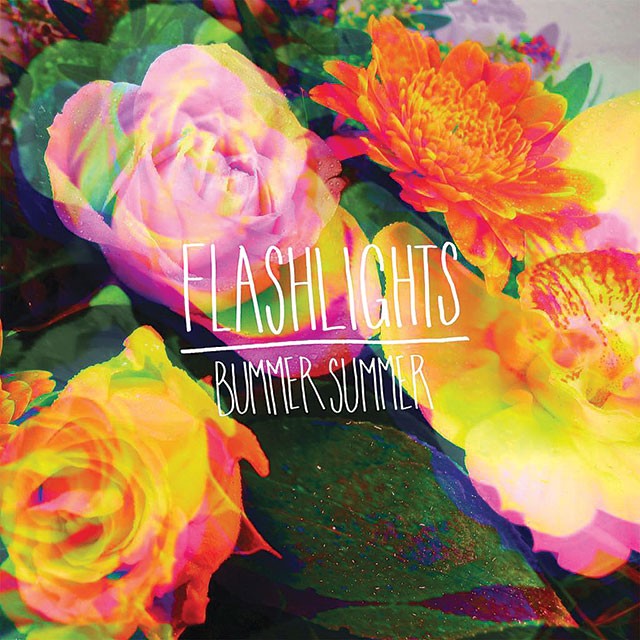 This album is the result of another worthy area band getting a major national push. Under the production of Frightened Rabbit’s Scott Hutchison and Andy Monaghan, Flashlights’ sonic footprint is given more length and bottom-end weight. For all the balance and depth it adds, though, the production does domesticate some of their signature vitality, the vibe that locals know well from their combustive shows. But only so much of this young band’s firecracker spirit can be leashed. Amen for that.

Some of the material itself contributes to this work’s more subdued tenor. Unlike their debut LP I’m Not Alone – an essential, hit-packed record – Bummer Summer eases off the pedal some to mine some bluer hues. But in the hot hands of some of today’s most thrilling and punk-fired ’90s indie-rock revivalists, this is an affecting collision of emotional bleeding and in-the-red verve. When they’re in high gear on killers like “Don’t Take Me Seriously,” “Best Friends,” “Failure,” “Bummer Summer” and “Sometimes It’s Hard to Speak,” they’re electric. Even if they are a little grounded and bummed out, there’s still something about the way Flashlights cuts a huge, swollen heart with a rusty knife that bleeds pure gold.