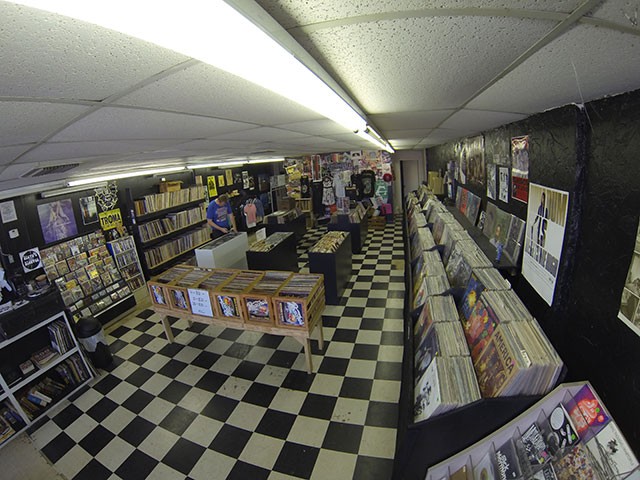 The idea of taking music lessons as an adult always makes me think of Groundhog Day and Bill Murray’s “overnight” mastery of the piano. And though I read somewhere that the piano is the world’s most popular instrument, it’s the guitar that I’ve always wished to sharpen my skills on. I think it’s because you literally hug the damn thing the whole time you play, and though I buck at most PDA, that instrumental intimacy is visually alluring. Maybe I’m still looking for the right guitar for me, but I’m done being silly now, and the point of this is to tell you that Urban ReThink’s Downtown Guitar School is a real solid option with local guitarist Roger Docking channeling his 30 years of experience to help mature the willings’ less sophisticated performance capabilities. It’s beginner-friendly, and the next class is July 28 from 10 a.m. to 1 p.m. Email [email protected] with any questions or, if you’re braver than me, set up a lesson.

If you’re planning a trip to Titusville’s Rabbitfoot Records, make note that they’re undergoing a remodel from July 29 to Aug. 2. Anyone who hasn’t already made it by the pioneering record store and local label should probably (at this point) just wait to see how they renovate. Rabbitfoot’s spectacular trajectory from indie shop to record-maker has emboldened the Central Florida music scene through daring logic and fun investments in the past year, and I can’t wait to see the changes made to the humble space they inhabit. (Longtime fans, don’t worry – they promise the checkered floor will remain underfoot.) Side note: Rabbitfoot also features deals on their Facebook, including a deal all last week where you could spend $50 in records and they’d cut you a free 7-inch of two songs of your choosing. I have kiiiinda always had this dream of a “Without You” split with Harry Nilsson on side A and Mariah Carey on the B-side. But I know I couldn’t do that without you, Rabbitfoot.

I don’t know if you felt it quite like I did, but it was almost a total bummer for me when local music scenesters/website Tiny Waves flat-lined their independent efforts last year and sort of folded into Portals. (Even though Portals is an equally awesome music site: portalsmusic.com.) But there’s a new tide for Tiny Waves this year, and it also arrives with a new philanthropic dimension that I think always existed but is now actively pronounced. They kicked off the rebranding effort with a benefit for Homegrown Co-op on July 15, combining great music (including Maximino, who we’re sad played his last show as a local on July 23) with locavore awareness efforts (including a screening of the documentary Ingredients). We’ll watch and see what cause they take up next, but for now, I’m just happy to see more swells.