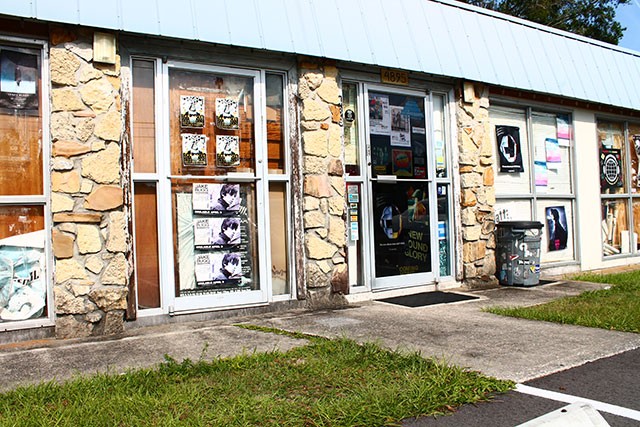 Sportstown works its way into my regular bar rotation, not just because it’s in my neighborhood, but also because there’s an adorable lady bartender who’s as big a fan of the Miami Heat as I am. (Forgive me, Orlando! Or don’t!) I realize this isn’t news, but I recently started playing around with the TouchTunes jukebox the sports bar replaced its O.G. jukebox with a few years back, and it is ridiculously fun to gauge the reactions of tabletop gamers to a wider variety of songs than the Southern rock to rap-rock typicality of these environments. I’ve posted a playlist of some of my most successful song choices at blogs.orlandoweekly.com, in case you’re looking for passable jukebox picks next time you dart around the Milk District. (Just, please don’t play A11.)

In other not-so-much-news, East-West Records is one of the area’s oldest independent record stores, and it’s maintained its reputation as a record hunter’s open field, with piles of records and unsorted boxes that are easy targets for rifling through. This is not a place to stop over if you’re in a hurry. Most of the records are not pre-priced, so it’s easy to blindly collect and stray from your budget. But the nice thing is that they price the records right in front of you by referencing musicstack.com, which definitely takes time but seems to follow a generous formula where you pay less than the lowest price quoted on the site. Bonus: There’s a record player available to test drive before you buy, invaluable for used-records collectors. Suggestion: While you’re waiting for your magic number, wander toward the door and check out the adorable picture of the wedded owners when they first opened the store in the ’70s. Cuuuuute.

Attention, people who long for actual music discussion free of Internet trolling! There’s a new record club that’s just started, organized like a book club. One album is voted in each month; members give it a thorough listen, then they meet at Lil’ Indies to compare notes, gush, critique or just wax on/wax off while the chosen record plays. A different member presents album choices each month, nominating three albums that fall in the categories of either essential listening or intriguing new releases. To get in on the voting for June’s pick, go to facebook.com/groups/orlandorecordclub.

Now, this is news! There’s a ’50s and ’60s dance party jumping off, also at Lil' Indies, every Tuesday starting June 4 called Shake a Tail Tuesdays, and it looks like it’s digging a little deeper than the doo-wop you’d hear on an oldies radio station to include unknown gems from a variety of sub-genres: early punk, rockabilly, soul, frat rock, etc. Hearing new (old) music is the most exciting part for me, outside of the potential to witness people playing more creative retro dress-up beyond the typical greaser look and maybe even include some Teddy-Girl and rude-boy styles. Dreams, dreams, dreams. Special request: the Monks’ “Oh, How to Do Now.”