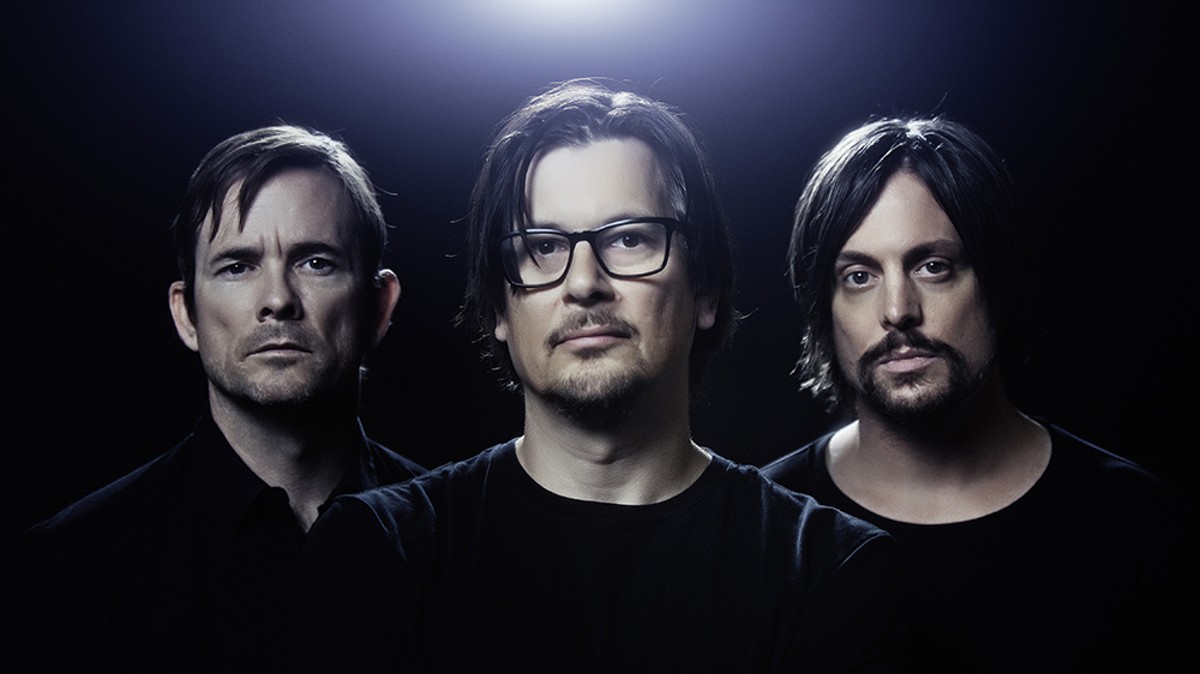 The ongoing and seemingly unending cycle of band reunions has, for most music fans, become a predictable pantomime of pent-up nostalgia yielding increasingly unrewarding returns. After a decade (or a few decades) of absence, that one band you loved so much back then finally gets back together, so you dutifully cough up the ticket price to see them at a venue they would have never played in their heyday, squinting your eyes and ears the entire time in a feeble attempt at time travel, only to realize that the band is older, the crowd is older, you're older and, no matter how objectively good the show is, it didn't give you anything new and it didn't make you young again. And then, to make matters worse, the band decides to release some new music, compounding those emotions ... only this time in your home.

Failure was first active during the '90s alt-rock boom, so their 2014 reunion (after 17 years of absence) could have – should have – followed that same script. An acrimonious collapse fueled by creative burnout, drug-addled conflict and general popular indifference gets paved over by years of critical reassessment (their 1996 Fantastic Planet album is routinely hailed as a lost alt-rock/space-rock masterpiece), word-of-mouth praise (the band is routinely name-checked by bands ranging from Pelican and Cave In to Speedy Ortiz), and individual successes (bassist Greg Edwards in Autolux, guitarist-vocalist Ken Andrews as a producer-engineer for the likes of Chris Cornell and Paramore). Except in Failure's case, a funny thing happened on the way to the reunion circuit: kids. Not the band members' kids, but, like, The Kids.

"I've met a bunch of people who discovered Failure like in the last maybe two years through just like a friend sharing some music or something," Andrews says. "They just thought that we were a band that had started maybe in 2010 or something. Until they saw our pictures, I guess.

"I think we were pretty interested in not being too of this moment when we were making Fantastic Planet," says Andrews about the band's seemingly timeless sound. "We definitely have some '90s in us for sure, but I think some of it gets obscured or it's not as obvious in some of our music."

Thanks to that timelessness (and, honestly, to the fact that Failure was never all that popular during their initial run), Failure's string of reunion gigs in 2014 has turned into a critically acclaimed 2015 album – The Heart Is a Monster – and another tour that has the once-estranged members acting like a brand-new band.

"What I'm noticing now is that for the people who did see us [at the first reunion shows], they're like me and you. They've got busy lives, careers, kids probably," Andrews says. "They maybe don't go to see the same band play a show in the same calendar year twice. [But] the new fans are still coming and they're the ones who are interested in 'I wonder what the set's going to be like tonight' and 'Is Kellii going to play the same way that he did last year or last month or whatever.' They're kind of just more into it and more engaged.

"So right now I feel like we're just doing what any ... not new band but a band who's been around, but maybe not for 20 years, is doing. That's going out and trying to build your fan base one person at a time."