Edward Sharpe and the zero-tolerance for animal cruelty 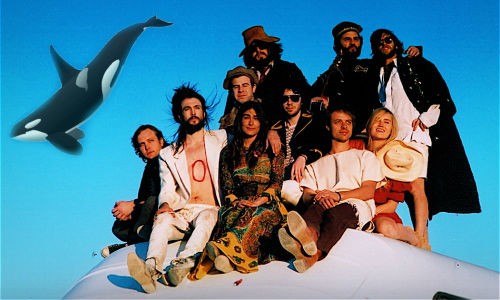 Edward Sharpe and the Magnetic Zeros announced a collaboration with PETA to contribute to the backlash against SeaWorld after seeing the controversial documentary Blackfish. The band is donating their new song "If I Were Free" off their self-titled, third album released in July, which has the appropriate lyrics, "Minding our reflections at the bottom of the sea/What did you see?" PETA plans to release a video using this song later this year, a video they hope will share in the viral success of other SeaWorld-related videos like this in raising awareness about SeaWorld's treatment of captive whales. Until then, you can catch Edward Sharpe and the Magnetic Zeros this Tuesday at Hard Rock Live.