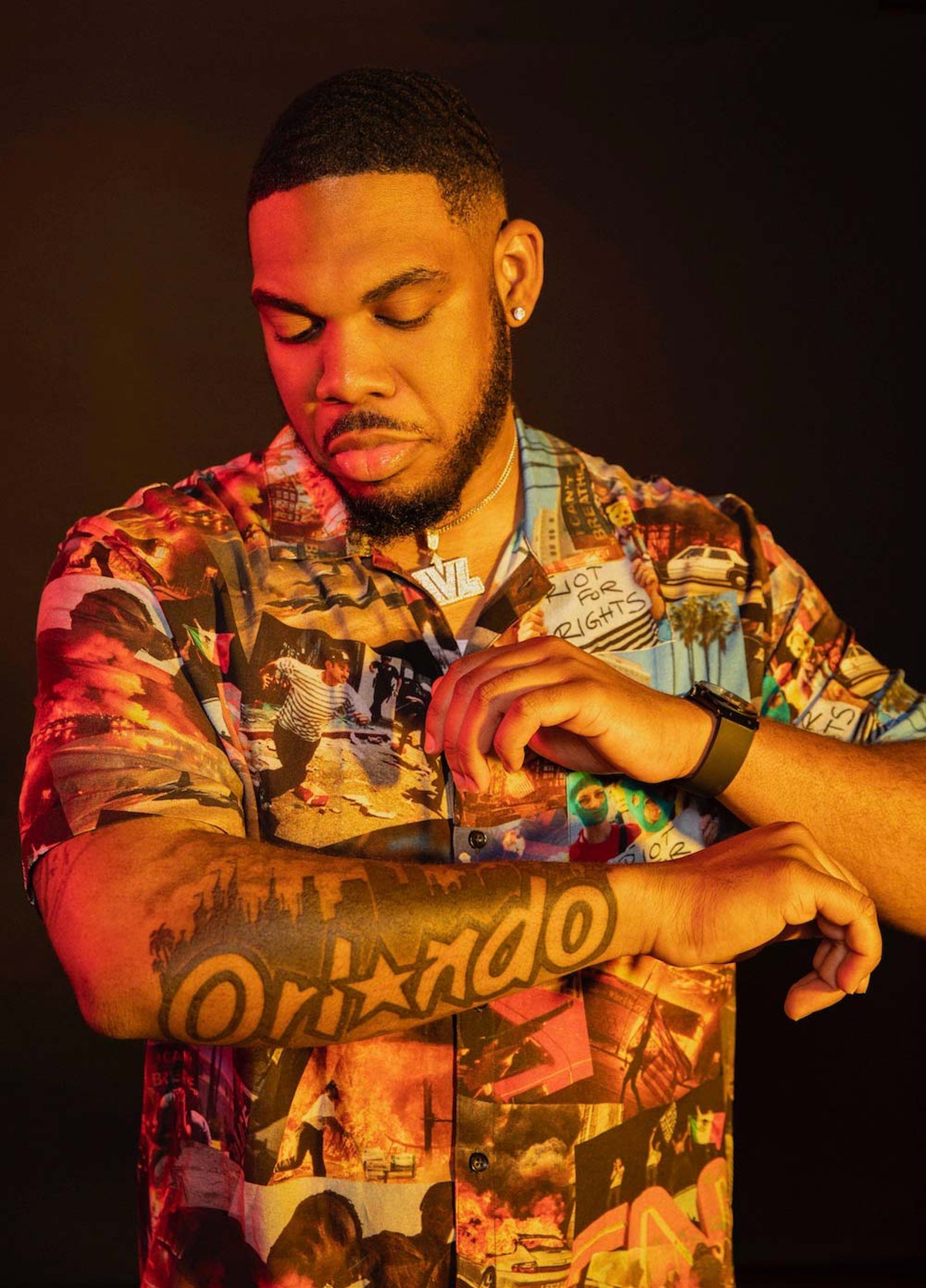 A lot of people thought the Madden videogame franchise had gone stale. Maybe it had, but the 2022 version of the game was hotly anticipated by friends and foes alike. Keep in mind that careers have been made off Madden NFL trolling.

When the game finally dropped on Aug. 20, people were delighted by the addition of a feature called M-Factor. "M" is for momentum. Without getting into it too much, M-Factor gets closer to replicating the home-field advantage experience than any other sports video game franchise thus far.

But this is not a video game review. We're here for the music.

Three Orlando-originating artists are on the game's tracklist, which reflects some real momentum happening in our local hip-hop community. Moe, Kuttem Reese and Tyla Yaweh all hold their own alongside the likes of Lil Baby, J Cole and Young Thug, and this isn't the first rodeo for any of the three.

Just before the pandemic, Deonte Moore, known in the music world as Moe, released "Outta There," which is featured on the video game NBA 2K20 and then triggered the viral "Outta There Challenge" on TikTok. (Even LeBron James danced to that.) The song has about 18 million streams on Spotify, another sign that Moe is on his way to bigger and better things.

It was only in 2018 that Moe got serious about his music, having started to tinker around in 2016. He was in the now-closed Trophy Room at Disney Springs when he met Orlando-based, Grammy-winning Ayo the Producer ("W.A.P.") and the friendship was immediate.

"We started chopping it up. I asked him what he had going on and he invited me to his studio in downtown Orlando. I played him some music and we started hanging out. I invited him to church and he started coming to church with me," says Moe. "He's my brother for real."

A creative partnership was sparked, and Ayo produced the banger "Outta There" and, more recently, "Top Floor," Moe's song on Madden NFL 22. The duo dedicated three days to ironing out "Top Floor" in January of this year.

"I'll never forget being in the studio making this song. Before it even had all the words, we knew it was special. The scariest part is he freestyled most of it. I'm sure a lot of people will love this one, and trust: We still have more on the way," recalls Ayo.

Moe has a good relationship with the sync department at his label, Epic, and approached them about how his music could "hit more ears." The Madden link-up was one of their ideas. While Moe has relocated to Atlanta, Orlando remains a frequent destination.

"My song 'Madden' was already out and it got a lot of buzz because the Tampa Bay Bucs were playing it in the locker room and then they won the Super Bowl. It was trending," explains Reese (born Anthony Williams).

Orlando Weekly caught up with Reese at 212 Recording, a studio in Altamonte Springs, where he was working on a new song and living up to his reputation for dedicating himself to street music. In fact, that's exactly what "Industry Music" is about.

Reese's sound emerged very quickly, and though he never loved his own voice, everyone else does. He's been rapping for a year and found almost immediate success. His latest single "No Statements," released in April, features Lil Durk and has upward of 1.8 million Spotify streams.

Reese's phone was noisy throughout the interview: calls and texts from contacts and unknown numbers alike. Reese doesn't mind and isn't annoyed.

"Before this, I wasn't somebody you would just get on the phone and reach out to. But now I gotta be somebody," says Reese. "People reaching out to me. That makes me feel good. Because like, I'm somebody now."

The day before our interview, Reese received a text from Tyla Yaweh for the first time. It read, simply, "407."

Yaweh, born Tyler Jamal Brown, grew up in Altamonte Springs and proudly showcases his local area code. You really can't miss it since "407 till Dxxth" is tattooed on his face.

Featuring on the Madden track "Hakuna Matata" with DDG and OG Parker, Yaweh shows his commercial chops much in the same way he did when he remade his own song "All the Smoke" as part of a NASCAR partnership early this year.

His lasting love for the City Beautiful is remarkable given the wildly fancy life he's living whilst touring with Post Malone, whom he calls his bestie. Yet Yaweh has deep roots here at home. He lives in Los Angeles now, but keeps an apartment near Lake Eola and continues to mingle with locals when he's in town, supporting Orlando artists by featuring on their songs and doing the occasional pop-up concert at Soundbar where he brings friends on stage.

When Yaweh still lived in town, he was an artist-in-residence at Studio 18, a studio and community in Winter Park. He roomed with another artist, McKinney Griffin, whom he affectionately called "My Kidney."

The two were out at a show one night when Yaweh grabbed Griffin by the shoulders and headbutted him before shouting, "My Kidney, don't ever forget that you are a savage." He earned his Rager Boy stripes long before he settled in Hollywood.

Personality-wise, that moniker is fitting. His sound, however, is sweet and just the right side of breathy.

And that's what makes him stand out, according to Da Deacon, an Orlando OG known for his own music, as well managing top local talent and being CEO of Da Congregation Entertainment.

"All three are amazing artists from Orlando but what is unique about them is that they sound different from each other," explained Deacon. "Moe's vocals are deep with lyrical cleverness and no singing. Kuttem Reese is more street — uncut with raw bars. And Tyla is a dope, melodic rap-singing rock star."

The Orlando-fortified soundtrack to Madden NFL 22 is out now on all major streaming platforms.