Debut record from new Orlando band Human is as heavy as it is hard; recent release ‘Voidgazing’ unites two leaders of the city's experimental underground 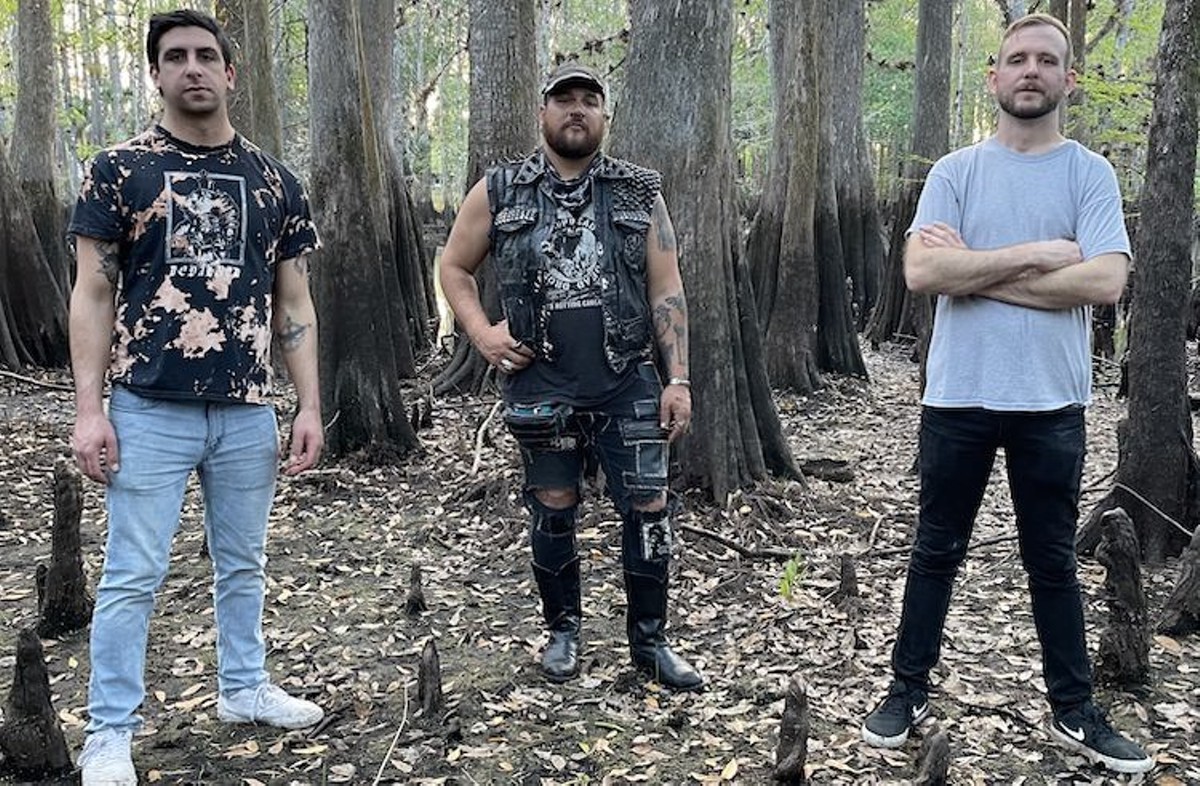 You might not have heard of new Orlando band Human yet, but area heavy-music scene heads will certainly know the bands from which their members hail. Packing a sterling collective CV loaded with names like Khann, Dzoavits, Republicorpse, Cannabass and Android, the trio of Eric Montanez, John Farran and Josh Dulcie are the new band that the city's punk and metal cognoscenti have been talking hard about.

Well, the hot wait is just about over. Human's debut record is easily one of the year's most blistering releases so far, and it's about to go off like a warhead. On Friday, March 5, the seven-song Delicacies of Extinction will drop and, OMFG, it's a beast in a box.

As heavy as it is hard, Human's sound is a locomotive of punk-cranked death metal that delivers socially conscious polemics with raw velocity and lethal clarity. It's a work of concentrated savagery whose bludgeoning knuckles stay bare and bloody from beginning to grisly end. The scorching mini album can be preordered through their label's Bandcamp, where you can also listen to first single "M.Y.O.E."

About that label: Silence Is Death is a Philadelphia-based benefit tape label run by Orlando scene expat Jake Smith, whose own local résumé reads like an underground hall of fame. All profits from the label's sales are donated to "supporting Black lives and activists fighting for Black lives." So, heavy and righteous.

Though Voidgazing isn't an Illuminated Paths release, production duties from Orlando's Byson makes it a noteworthy all-star product of IP artists. It's currently available as a name-your-price download on TTN's Bandcamp.