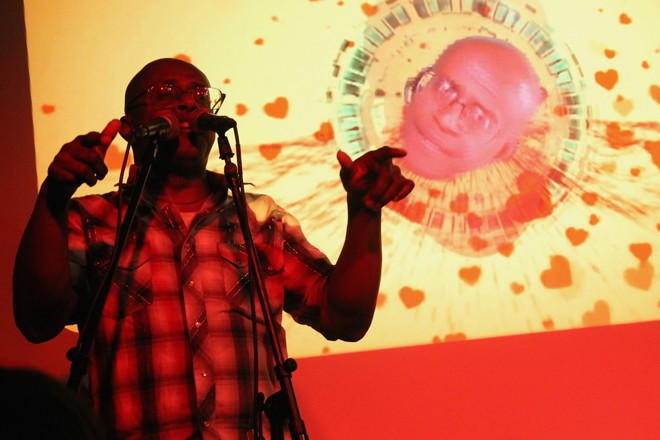 Ashley Belanger
David Liebe Hart with Jonah Mociun (Th'Mole) at Will's Pub
Rocketed into the pop-culture consciousness via his association with Tim & Eric, David Liebe Hart (Sep. 14, Will’s Pub) is certainly one of today’s premier outsider artists. Although it’s hard to affirm exactly the proportion his persona mix is between mental tilt and showmanship, it’s clear it’s out there in a way far more actual than affected. At a certain point, however, it hardly matters when the view is this much of a fun-house mirror. And without getting into the gray waters of how exploitative his fan base may or may not be, one thing that’s unquestionable is their devotion. 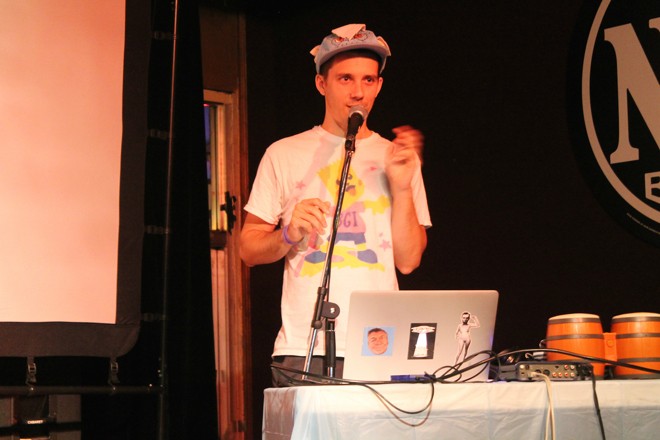 Ashley Belanger
David Liebe Hart with Jonah Mociun (Th'Mole) at Will's Pub
Proof of his size as a character is how he can keep a crowd engaged and intrigued simply as a topic. The start of the Orlando event was delayed by some technical video issues. But the packed audience hardly minded the stall because Hart’s current collaborator – electronic artist Jonah Mociun (Th’Mole) – fielded audience questions about Hart with insight that was enlightening and humorous. 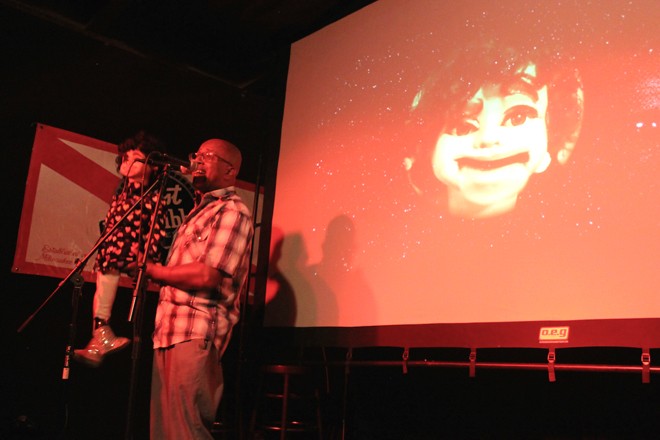 Ashley Belanger
David Liebe Hart with Jonah Mociun (Th'Mole) at Will's Pub
Once Liebe finally took the stage, it was a dizzying multimedia and interactive carousel of music, video, comedy and puppets – all framed in a subversively modern way. Although fairly well-known for performing with a punk-rock band like he did last time here opening up for Black Moth Super Rainbow in 2012, his new duo arrangement takes an electronic angle. Regardless, Hart’s spirit translated without seam. Across rock, electronic or gospel, it’s not like his curious musings belong to any music genre anyway. Nothing, thankfully, can box that personality.

Ashley Belanger
Fortune Howl at Will's Pub
Local openers Fortune Howl and Grant both make great music, but there’s only so much to say about the live aspect of electronic producer types. Grant, however, knocked me dead when he dropped a way-dope remix of my favorite Kate Bush song, “Wuthering Heights.” That’s some pretty unexpected and inspired sourcing, and it’s further sign of a budding young producer that’s brilliantly unpredictable. 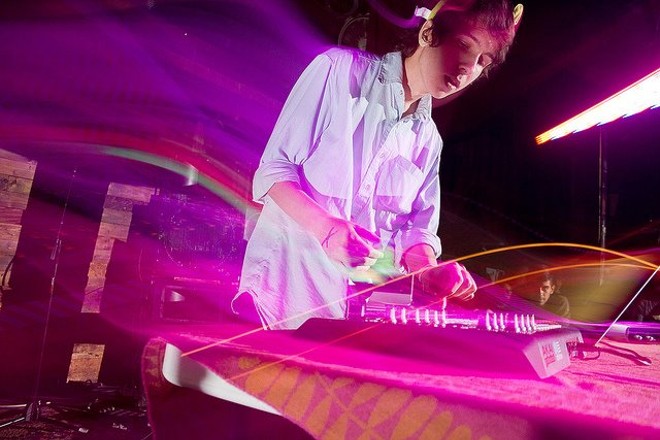