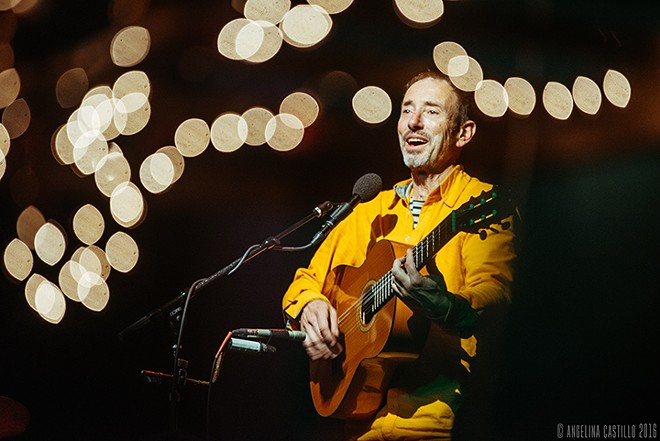 What to say about Jonathan Richman, the most trusted Velvet Underground camp follower ever to insist “I’m Straight”? As a straitlaced but noise-addicted youth, Richman moved to New York to crash on VU’s couch and haunt their rehearsals, soaking up their sound. But when it came to his own band, the Modern Lovers, his sonic tributes were philosophical inversions. “Sister Ray,” the Velvets’ propulsive 1968 scuzz-hymn to shooting smack, when filtered through Richman’s brain, turned into the Modern Lovers’ “Roadrunner”: same structure, different chords; same urgency, but lyrically, a sweetly naive ode to driving around with the radio on. Despite their earnest, drug-free ethos, Modern Lovers were an early force in U.K. punk rock – the Sex Pistols recorded a demo of “Roadrunner” – but all these years later, Richman sans Lovers has shed the speed and noise to become, as so many elder statesmen do, a lovable oddball storyteller. He prophesied on that first album, “Someday I think I’ll be dignified and old”; he is, and so are a lot of his listeners, who should appreciate the early-bird timing of this Sunday evening show at the Social.