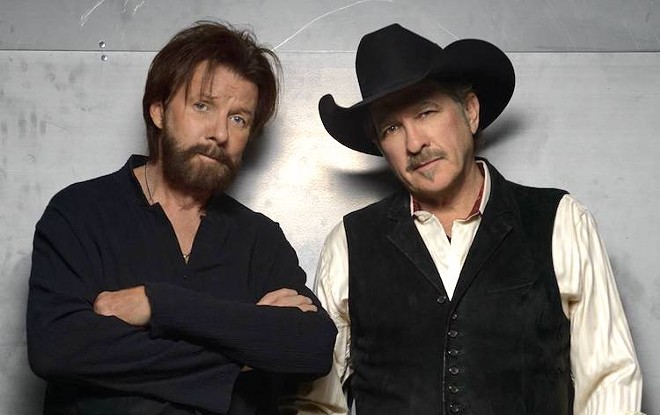 Country music duo Brooks & Dunn have added some new dates to their much-anticipated Reboot 2023 tour, and Orlando is a beneficiary of this extended schedule.

The twosome announced the addition of Orlando on Monday, and this late-spring show will be the first time they've stepped on an Orlando stage in 15 years. The newly announced leg of this tour kicks off in early May in Kansas City, and the Orlando show in June is the only chance to see Brooks & Dunn in Florida.

“The Brooks and Dunn posse rides again,” said Ronnie Dunn in a press statement. “More excited to hit the big stage as we ever have been! Unbelievable band of friends .… and YOU! Together, let’s rock the house!”