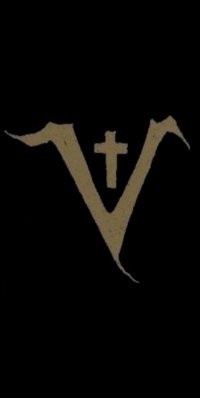 The other day, when I got a press release announcing the lineup for the awfully-named Metalliance tour, it seemed like the big news was the headliners Helmet would be playing their Meantime album in its entirety. To me, this was not big news, because EVERY BAND ON THE PLANET is doing the classic-album-beginning-to-end thing and, really, I'd just rather hear them play "Born Annoying" for two hours. BUT, when I read a little bit further and saw that the bill includes Crowbar and the motherfucking godheads of syringe-metal, Saint Vitus, well, I peed in my pants a little bit. The closest I've ever gotten to seeing Saint Vitus was when I saw the awesome Debris Inc., which featured some dudes from Vitus and some dudes from Trouble (who, lest we forget, heshers, are coming to town later this month). But this reunited Saint Vitus is the real deal, at least as much as Classic Saint Vitus Mk. II is concerned (ie, this is the Wino Saint Vitus, not the Scott Saint Vitus). WHATEVER. I am stoked. And you should be too. The tour hits Firestone Live on March 21.

Also coming to town soon: the charmingly-named "United Hate Across America" tour, featuring Malevolent Creation, Full Blown Chaos, Tampa's own The Absence, and Beyond Terror Beyond Grace. The lineup is pretty awesome, but getting to see a legendary band like Malevolent Creation in the intimate confines of a venue like the Haven is even awesome-er. The show goes down on March 11, and it's the last date of the full tour, so expect drunken death-metal hijinks.