Gloom never sounded so good as on 'Here and Nowhere Else' 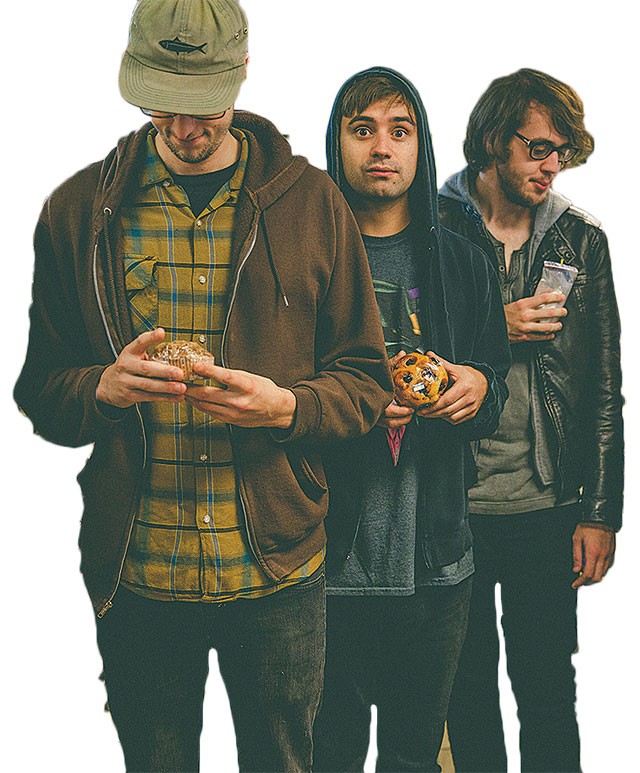 CLOUD NOTHINGS with Ryley Walker, Out Go the Lights

Dylan Baldi might just be the most well-adjusted frontman in indie rock. While his band, Cloud Nothings, has morphed from low-key solo bedroom project to propulsive, ear-splitting power trio, Baldi hasn’t changed a bit. The 22-year-old Cleveland native still talks about himself with typical Midwestern deference – even though 2014 album Here and Nowhere Else has garnered nearly universal critical acclaim and Cloud Nothings will have played 100 rabidly energetic live shows by spring’s end.

Baldi also hesitantly shrugs off specific readings of his angsty, impassioned lyrics, a particular point of improvement on Here and Nowhere Else over 2012’s Attack on Memory. “More than taking a stance for anything, [the lyrics] are about just taking everything in stride,” he says. “Pretty much finding little ways to make yourself happy. Whatever happens happens. Just live and don’t think too much about the past or the future.”

Which is easy to do when listening to Cloud Nothings’ soaring, scathing songs. The frantic time changes of “Giving Into Seeing” and the monochrome thrash of “Quieter Today” and “I’m Not a Part of Me” will set a hook in anyone raised on rock between 1970 and 2010. In an age of electro-inspired sparkle and gleam, such emotionally resonant, sonically straightforward music feels vital – even while it abrades. “All my favorite records are like that,” Baldi says of his, bassist TJ Duke’s and drummer Jayson Gerycz’s in-your-face, live-tracked sound. “Sort of accidentally, though – almost because the band didn’t really know how to play. For me, it’s a little more calculated; that specific sound actually takes work.”

That’s about the extent of Baldi’s premeditation with Cloud Nothings. He cops to pushing his vocals past his comfort zone on Here and Nowhere Else: “I tried to at least make this record the kind where, when I listened back, I wasn’t cringing at my own voice.” But he also admits to writing lyrics spontaneously for the seemingly painful songs before recording them. He sheepishly adds that Cloud Nothings can play most of their entire discography in around 90 minutes. It’s another moment of self-deprecation that underestimates writing four compelling albums between the ages of 18 and 22 – and playing your very first show in front of a sold-out New York City crowd.

So even if he won’t vocalize it, Baldi clearly understands the exceptionalism of his talent: guitar-shredding chops, a Rust Belt work ethic and lack of ego, and storytelling skills that transcend the personal for the universal. “Each record is really just a picture of me at whatever age I recorded it,” he says.

“It’ll be cool when I’m older to look back and have an album from every year of my life. So far, it’s really the only outlet I have for expressing anything.”

Maintaining creative control over that expression and its outlet seems to satisfy Baldi. He’s happy to have independent D.C. label Carpark Records release his records, he says – and happy to continue to call Cleveland home, even if he is lucky enough to spend significant time in Paris with his French girlfriend. “If I signed to a big label, all that would happen is they would give me a bunch of money,” he says. “But I don’t need that, you know? I don’t care about that. To me, that just seems like a very sensible thing to think. Maybe some people don’t think that way.”

When complimented on his surprisingly mature attitude toward an indie-rock stardom that many can’t weather, Baldi chuckles. “I have no illusions that people will like us forever. That’s not how anything works. I just do what I do – make the music I want to make – and if people like it, that’s great. I’ll keep doing it. If they don’t, I’ll do something else.”