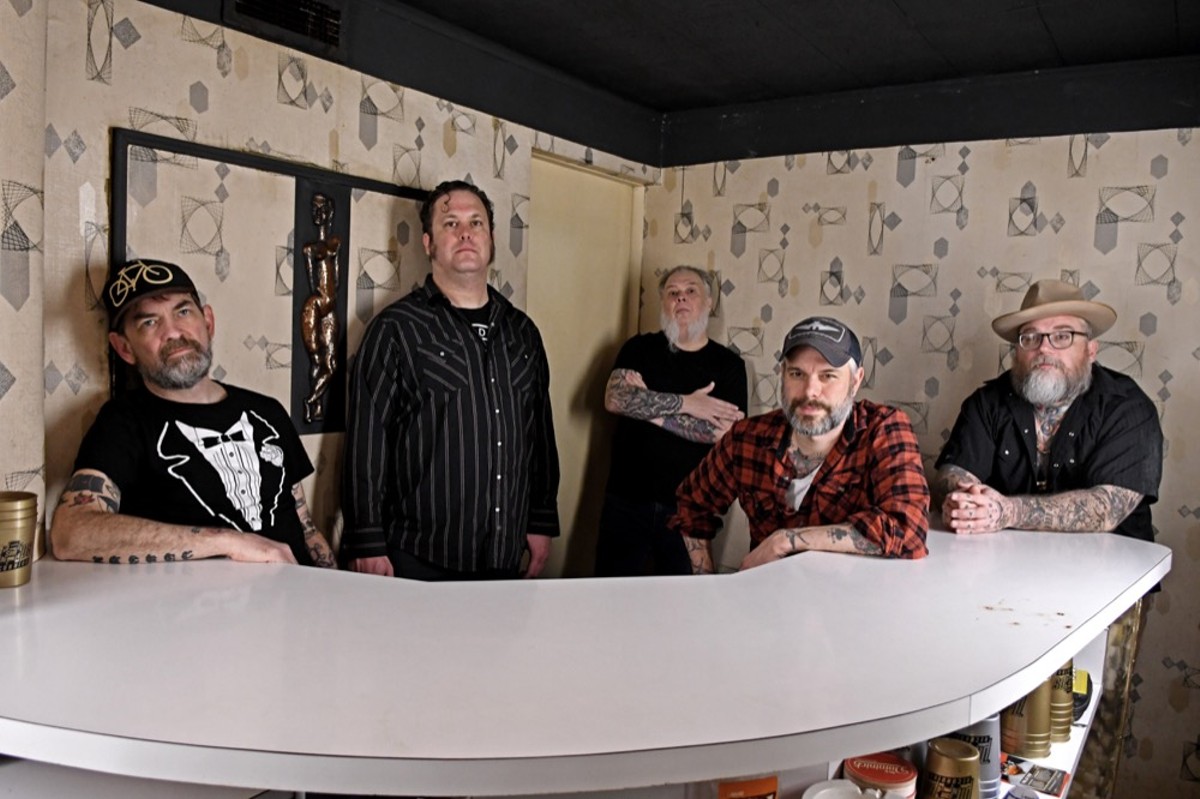 "Lucero has spent 20 years crafting a sound that makes us not quite right for any genre. We never quite fit in at any festival perfectly and we take great pride in that," frontman Ben Nichols tells Orlando Weekly from his home in Memphis. "Americana works just as wonkily as any other label, I guess."

Perhaps a more apt label for the sound and vibe that Lucero have created would be "Southern indie rock" or "literary country blues." Steeped in blue-collar realism, but colored with the cinematic songwriting of a guy who reads Cormac McCarthy and Tim O'Brien in his spare time, Lucero have evolved into a band that has transcended the bars from whence they were born.

"A lot of Lucero songs have dealt with heartbreak and booze, and that's fine, but I wanted to try writing some things that went beyond that – especially since I'd just gotten married and had a baby – when I started writing Among the Ghosts," Nichols explains. "I wasn't in the bars getting my heart broken anymore so I didn't need to write about that, but having a new family and being happy and then having to leave that family to go on tour gave me a whole new kind of heartbreak to write about."

Though much of the album revolves around Southern gothic storytelling, the heart of the record is about family. So when it came time to make a video for single "Long Way Back Home," it seemed only natural for the man behind the camera to be Nichols' filmmaker brother, Jeff Nichols (whose impressive filmography includes Take Shelter, Mud and Midnight Special). The resulting clip is more short film than traditional music video, with actor Michael Shannon driving around looking for his brothers (played by Garrett Hedlund and Scoot McNairy), who he may or may not want to kill. The ending is a bit of a cliffhanger.

"When Jeff came to Memphis ... he said his goal was to have people demand a feature film version, and they did. Although it will probably never get made, what an amazing music video though," Nichols says of the gorgeous film noir clip. "I'd jump at the opportunity to do a bigger project in the future. I'd just have to find someone else to pay for it."

While a full-length Jeff Nichols/Lucero feature may be just a pipe dream for now, the band plays on. But at this stage in their lives, they do so with a bit of aged wisdom.

"Lucero is what it is. ... We've been very lucky and I'm very proud of our songs and we have a lot of great fans and I love what I do for a living," says Nichols. "But it's not worth killing ourselves for. Coming home is the important part. We will never get rich and famous with that attitude. And that is just fine."

Rather than chasing fame and fortune, Nichols is just hoping to learn from his past and maybe enjoy his time onstage a little more than he did when he was younger.

"I just watched the Ken Burns' country music documentary. There was a story about Minnie Pearl being nervous before her first night at the Grand Ole Opry and the Solemn Old Judge told her something like, 'Just love 'em, honey, and they'll love you right back.' I think I always viewed the audience as adversaries and I wish I would've been a little smarter about that."

Another smart move would be to catch Lucero's triumphant Orlando return at the Social this week.