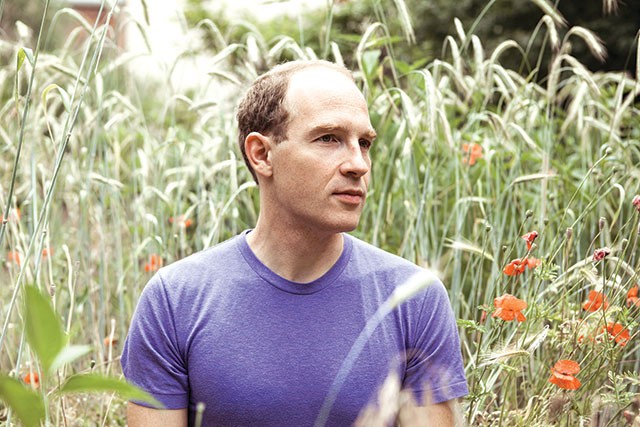 Dan Snaith is not your typical electronic musician. He holds a Ph.D. in mathematics from Imperial College London. He’s been threatened with a lawsuit by punk rock’s most famous wrestler. He has a 3-year-old daughter. He’s disarmingly eager to discuss his motivations, his limitations and his aspirations. His stylistic baseline has gleefully careened from psychedelia to Krautrock to Euro house to expressive electro-pop. He doesn’t have anything bad to say about today’s molly-fueled, carnival-esque EDM shitshow. Like a true Canadian, he even loves Florida.

Yet Snaith, who performed as Manitoba in the early 2000s before Richard “Handsome Dick” Manitoba of New York gutter-punk pioneers the Dictators asserted rights to the name, is no gentle Ontario pushover. Each of his albums released since 2005 under the Caribou moniker made leaps and bounds in terms of sonic risk, meticulous composition and near-universal acclaim. His 2007 release, Andorra, won Canada’s prestigious Polaris Music Prize thanks to its reverent re-creations of kaleidoscopic ’60s pop. Then 2010’s Swim, a clangorous mess of deep house and techno, somehow attracted even more fans – and ended up on nearly every music critic’s best-of list.

The effusive praise baffled Snaith, though. “I thought Swim was a weird, idiosyncratic record, one on which I made absolutely no concessions to what might cross over or be populist,” he tells Orlando Weekly in a Skype interview. “But it ended up being interpreted in all these ways that I never imagined. I definitely didn’t expect it to connect with people and take on the life that it did.”

Some of the doors Swim unlocked for Snaith were ones he never even thought he’d knock on: headlining slots at major festivals, an international arena tour opening for Radiohead, the ability to release a dance-centric pet project album on his own label in 2012. However, when Snaith sat down to write his next Caribou record, he had a few firm goals in mind: opening up, reflecting the newfound awe he felt as a new father and connecting with the fans who’d made his success possible.

The result, 2014’s Our Love, is easily the most joyous, inclusive work in Caribou’s storied discography. Lead single “Can’t Do Without You” soars with effusive emotion, while “Dive” and “Back Home” represent a spacey take on the minimalist R&B wildly popular now. “Second Chance” and “Your Love Will Set You Free” wrap listeners in their warm, warped embrace.

“I wanted to make a record that was my most personal and, at the same time, my most outward-looking,” Snaith says. “I’d always conceived of my music as very niche – for a particular bunch of fans who shared the same outlook of looking for forgotten trajectories in musical history without being concerned about what was popular. But I came to the realization that the oppositional frame of mind I grew up with in the ’90s – that there’s an inherent conflict between being popular and being artistically valid – had disappeared in popular culture. For the first time, I thought explicitly about people hearing my music at big festivals and shows.”

Since he’s not your typical laptop DJ, Snaith has no problem connecting on such levels. He and his three-piece band utilize a traditional setup of drums, bass, guitar, keyboard and vocals. All of those elements are electronically interconnected in a manner that satisfies both Snaith’s perfectionism and penchant for spontaneity.

“You want intensity,” he says. “That unconstrained feeling that things can change on the fly – that everything could fall apart at any second. That’s the magic of live music.”

If such passion for performance hasn’t already convinced you to attend Caribou’s show at the Social, consider this: Each of the band’s last five U.S. tours has included at least three Florida appearances. “That’s not coming from the label or the booking agent,” Snaith emphasizes. “That’s coming from me. We’ve met loads of amazing people in Florida, particularly in Orlando. I have a sense that there are musically and culturally interesting things going on there.”

Such a gracious attitude is rare in modern music – and even rarer in the often-pretentious electronic music world. But if there’s one thing the prolific Snaith lacks, it’s an ego. He doesn’t even care if you listen to his lyrics. “Ten years ago, I would have been very cautious of that,” he says. “But now I embrace it. The music I make doesn’t really belong to me anymore after it comes out. It changes the minute people respond to it. It has this collective ownership where everybody can impose their own meaning or attach their own sentiment to it.”