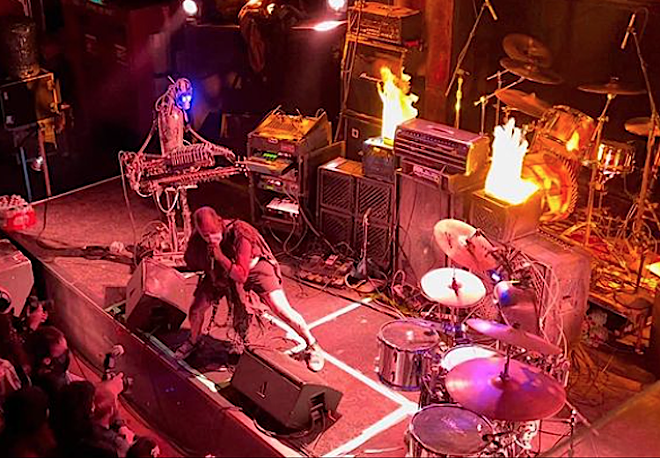 Photo courtesy Captured! By Robots/Instagram
Captured By Robots come to Orlando this week


When it comes to gimmicks, it’s pretty tough to top Captured! By Robots.

Although the California metal act is a three-piece stage show, only one of them’s human. Bad-tempered frontperson Jay Vance rages about social ills while flanked by two animatronic androids that he made himself to play guitar (GTRBOT666) and drums (DRMBOT 0110).

So visualize the Rock-a-fire Explosion, only with more of a Terminator aesthetic, playing grindcore. No, I’m not kidding and, yes, you must see this before you die.

It’s as stunning and hilarious as it sounds. Local support will be punk band Call In Dead and death-metal group Pariah.