Breaking scene developments at the Firestone complex with Blackstar, Odd Jobs and the Vanguard 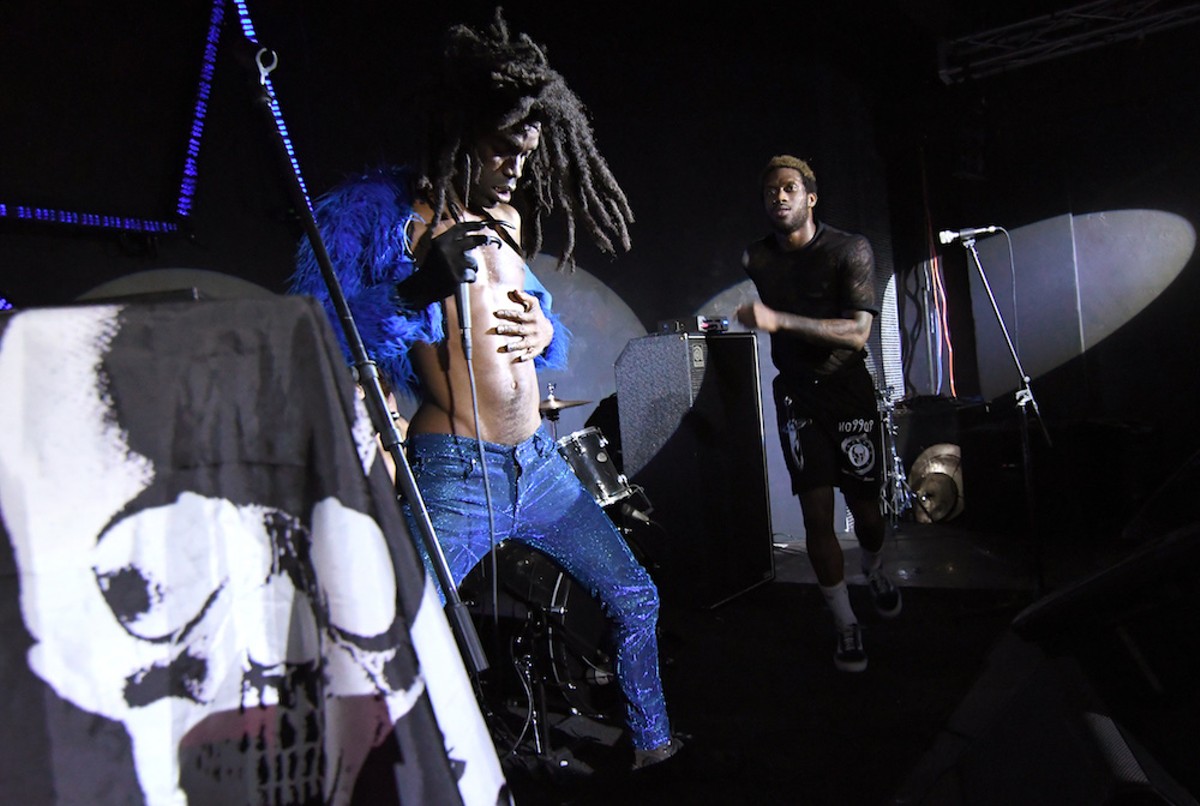 You heard about Blackstar here when it was the kinda, sorta ad hoc venue for the big secret Ho99o9 show this past summer. What wasn't known then was that it would be the tip of an iceberg, one that's now poised to loom large over downtown and beyond, even.

Blackstar, a trial concept then, is now about to rise as something not just actual but bigger than initially thought, much bigger. In fact, the two-building complex on 47 W. Amelia St. in downtown that was formerly the Brink and Club Nokturnal will again see new life soon as two separate but allied venues. For those not lucky enough to attend the Ho99o9 show, Blackstar will be the building set back from the street. The curbside sister venue (the old Hoops Tavern building) will be called Odd Jobs. Although both have an Amelia Street address, entry to the clubs will be in back via the large parking lot on East Copeland Drive belonging to Club Firestone, or most recently Venue 578 (more on that below). That lot will serve all these affiliated clubs.

The difference between these two venues is both incremental and purposeful. Although both have similar capacity – around 300 people each – they're uniquely organized and fitted for different scales. Blackstar will host bigger ticketed events and is roughly the size of the venerable Social, likely its most direct competition downtown.

Odd Jobs, on the other hand, is more intimate and will have music programming that's more street-level, community-minded and even unorthodox – yes, you heard all that right. Look for events to start happening at the mini-complex beginning in late January.

The mastermind behind all this is Mike Feinberg, an accomplished music biz player who was previously managing partner at Firestone back in the mid-2000s before embarking on an impressive career arc that includes building his own artist management and development company, co-founding FORM Arcosanti and holding top posts at places like Dim Mak. Now, he's local again. And since all these facilities are held by original Firestone owner Jan Harrold, Feinberg's exploration of the initial Blackstar concept has led him back into the admiral's chair of the entire fleet. With Feinberg at the helm, Harrold is now seriously gunning to reclaim the site's hallowed club legacy for a new era.

So, in addition to the near-term openings of Blackstar and Odd Jobs, the historic Club Firestone building is about to emerge again in a way not seen since its original zeitgeist-defining rise in the early EDM boom of the '90s. The forgettably nebulous Venue 578 era is done. After a total overhaul that will completely reorient and rebuild the music hall inside to a House of Blues-type configuration, the club will reopen in April as the Vanguard. Its capacity will position it head-to-head with venues like the Beacham and House of Blues.

But the new space will have the added flexibility to be scaled down to a roughly 500-person capacity, giving this complex an enviable four distinct size tiers. And that's not even counting the outdoor festival grounds of the parking lot, which will soon be injected with ideas and plans ranging from concerts, food and wine festivals and food-truck hubs to block parties, bazaars, drive-in movies and pop-up retail. In aggregate, it all looks like the master plan for a microcosm that, if implemented correctly, could be a little cultural district unto itself.

Now this all sounds pretty grand, perhaps even a pipe dream. But there's much that gives this ambitious campaign credence already. First, there's the team. Between Dan Larson (Okeechobee Music Festival, Dr. Phillips Center for the Performing Arts), Tommy "Mot" Barger (Spacebar, Milk District) and Hannah Fregger (Ugly Orange), Feinberg has organized a crew that's dynamic, proven and community-minded enough to have a legit shot at making this dream actually touch down. The other telling portent is that there's been far more action than talk, with the first concrete dominoes already in motion with Blackstar and Odd Jobs. The hammers are already swinging, and with them, quite possibly, the balance of the scene.