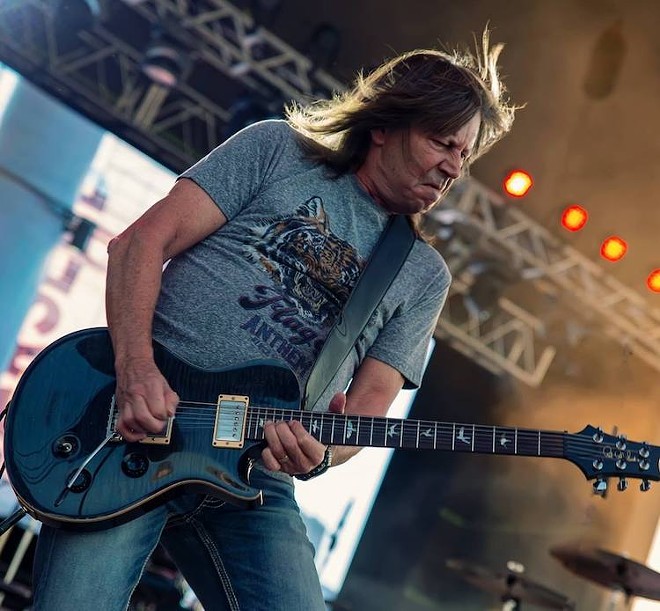 As classic rock uneasily segues into its inevitable geriatric decline, there are two different stories being told, and both are true.

One is about the rarified handful of Boomer icons selling off the rights to their publishing, recordings and even likenesses to venture capitalists for many multiple millions of dollars.

The other story is more timeless: road-dogging rockers grinding out a living on the small theater/large club circuit, despite not having graced even the lowest rungs of a sales chart since the time when gas cost one buck a gallon.

Guitarist Pat Travers was the guitar god for “real rockers” in the late ’70s and early ’80s, thanks both to his burly, bashed-out blues riffage and ridiculously anthemic rock radio staples like “Boom Boom (Out Go the Lights)” and “Snortin’ Whiskey.”

Those two songs alone have made Travers an indelible presence on your favorite biker bar’s TouchTunes, but haven’t quite earned him the payout he justly deserves.

So, he’s out on the road with fellow semi-legends Outlaws, the Tampa Southern rockers who your uncle sings along with whenever “Green Grass and High Tides” and “There Goes Another Love Song” show up on satellite radio. Both acts are absolute legends.