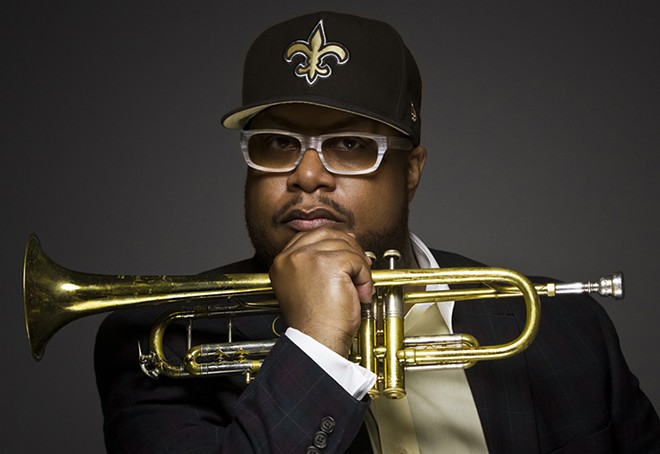 Although Nicholas Payton’s best-known (and earliest) records tend to reside in the more accessible corners of modern jazz, the New Orleans-based trumpeter has produced a body of work that, as it has evolved, has grown more and more daring, challenging both the idea of what “jazz” means in the 21st century and the idea of what “jazz musician” means.

His recent works – starting with the electric funk tapestries of 2004’s Sonic Trance and 2011’s provocative and conceptual Bitches (on which he played all the instruments) right through 2014’s ethereal, nearly solo-free Numbers and the electronic ambience of this year’s Textures – show a musician as restless, curious and peripatetic as his idol, Miles Davis. Hell, Payton refuses to even call his music “jazz,” preferring to classify it as Black American Music, a definition that he eruditely and expansively pronounces upon as both a scholar (he teaches at Tulane) and in his consistently provocative and engaging live performances.