Between time and space with minimal synth duo Xeno & Oaklander 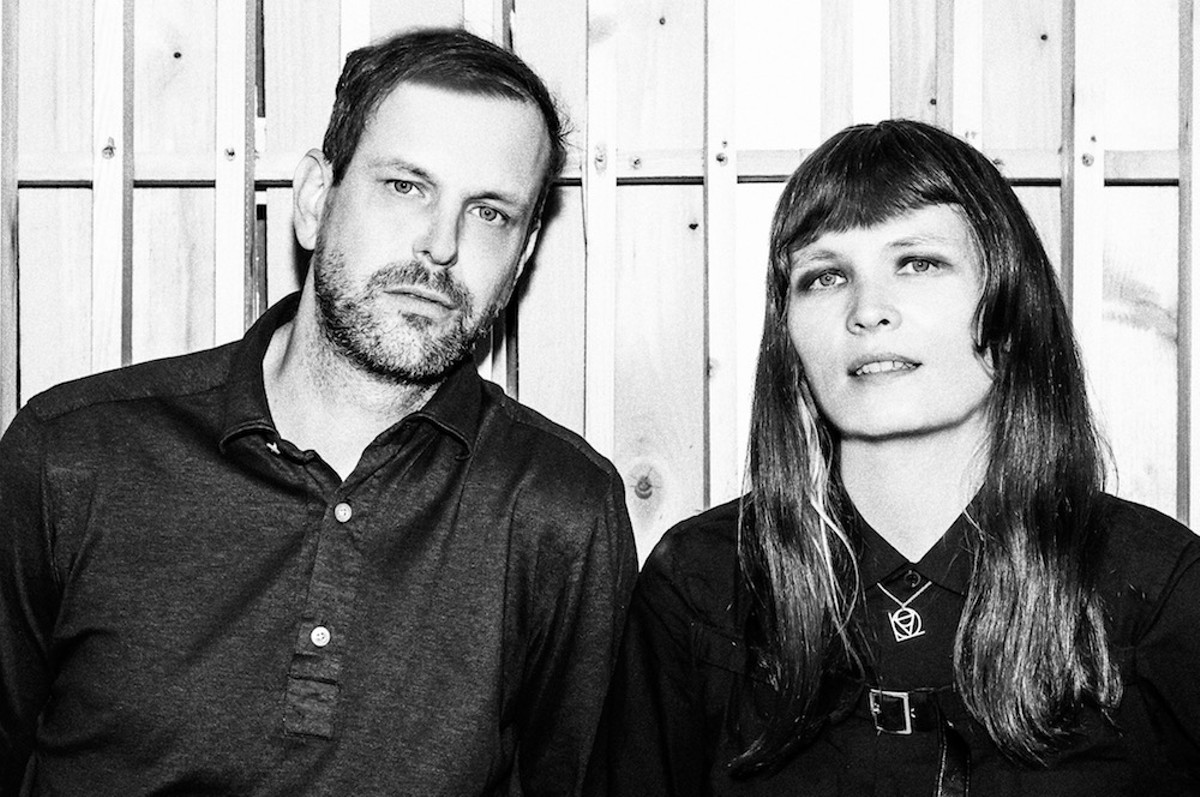 Over the last 15 years, Xeno & Oaklander have consistently set – and raised – the standard for underground electronic music. The New York-based duo of Miss Liz Wendelbo and Sean McBride have long stood at the vanguard of "minimal synth," a movement less defined by a particular sound than by a DIY ethos channeled through analog synthesizers. "Our approach to the synthesizer is immediate and impulsive," Wendelbo says, "and that's what analog is all about."

The two met in a Brooklyn warehouse where Wendelbo was playing records one night. "Sean came down from his own loft," Wendelbo recalls. "He liked my set; it was a mix of synth and psych. We formed the band pretty soon after that."

From their earliest collaborations, it was clear the two were onto something special. Combined with McBride's masterful synth compositions, Wendelbo's angelic vocals – which alternate between English and her native French – imbued the duo's sound with a distinctly European charm. "We like to get into a certain mood, and create a special atmosphere, something in the ether," Wendelbo says. "We tend to jam in the studio a lot in the beginning, and then as an arc emerges, we start structuring the song and arranging it."

Their mutual affinity for Greek mythology laid a foundation upon which the rest of their story is told. "Xeno was a pre-Socratic Greek philosopher," says Wendelbo. "He was famous for his paradoxes on time and space. It's interesting for me to use a man's name, it's surprising and blurs the lines between genders." The Grecian influence also manifests itself on the cover of the duo's first album, Sentinelle, which features an image of the Acropolis in Athens. "We always seem to return [there] for inspiration," Wendelbo says. "There's so much to explore, and we still haven't exhausted its architecture, mythology, biology and history."

A decade after their debut full-length, the duo again channels Greek mythology for their latest release, Hypnos. "A place in our imagination comes first when writing an album. For [this album], it was the cave, the dwelling of Hypnos, the god of sleep. The atmosphere influences the sound of the album and the lyrics, too," she explains. The album closes with "Athena," an ode to a Greek goddess and a return to the project's early themes.

Over time, the "technology has changed, but sensibility has remained the same," Wendelbo says. "When we began, there were only vintage analog synths available for the most part, whereas now there is a horde of folks manufacturing modules and re-creations based on the synthesizers of yesteryear."

To better appreciate the vision of Xeno & Oaklander requires an understanding of their place in – and out – of time. Drawing inspiration from the past, they create music for the future. Wendelbo notes Kubrick's film 2001: A Space Odyssey as "influential in our music in general in its contrasting use of classical music and science fiction imagery in relation to intelligence and modern civilization." Its juxtaposition of primitive and futuristic concepts paved the way for Hypnos, which "is fascinated with the flow between dream state, technology, and the beginnings of time."