Between King Woman, Oathbreaker, Stevie Nicks and the Pretenders, the ladies ruled the week 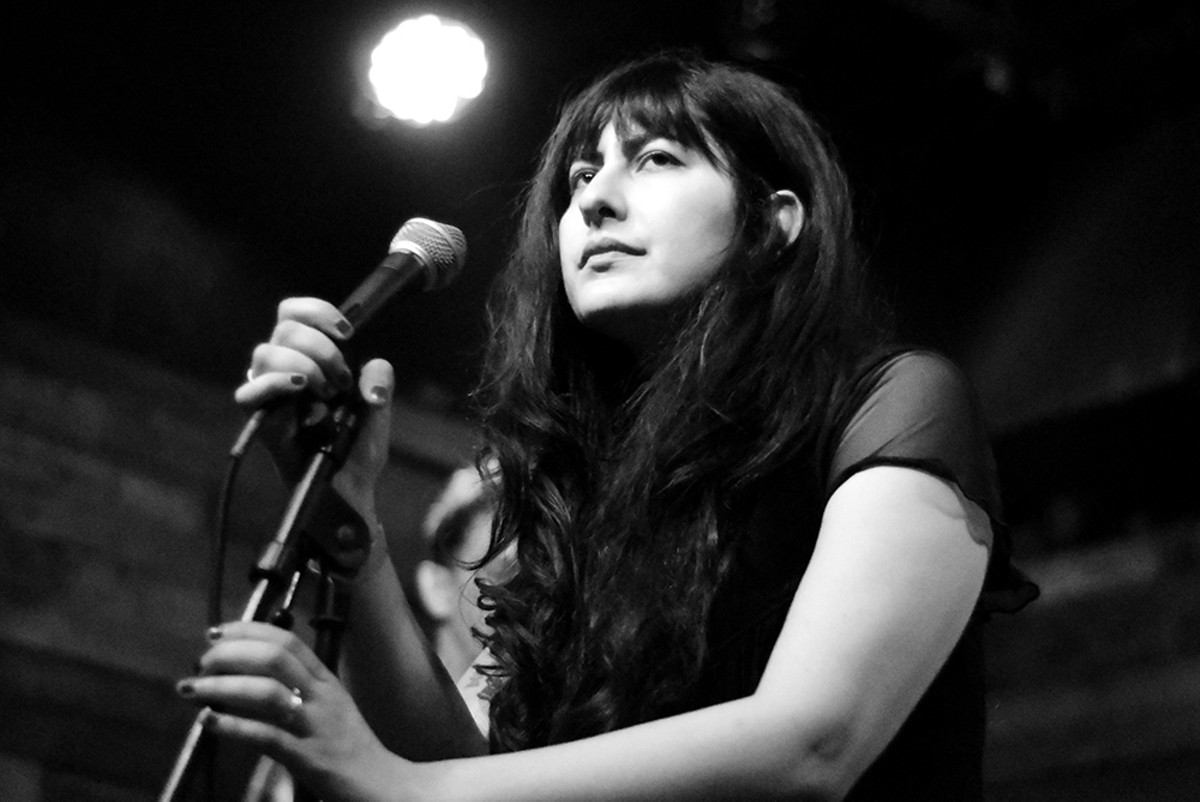 In presence and power, the ladies owned this week.

Female-fronted Belgian headliner Oathbreaker is one of the next-level modern metal bands that exist beyond the walled ghettos of sub-genre. From the open-ended pillars of black metal and post-metal, their sound is free to follow their deep mood anywhere. With singer Caro Tanghe providing their emotional and raging humanity, they can go from a mournful siren song to a full blizzard and then settle into a highly musical odyssey all in the stretch of a single song. Even amid all their extremity, there was considerable depth and nuance in their performance. And while their expansive scope rivals Deafheaven, Oathbreaker musters even more dynamic contrast.

Not that Oathbreaker was doing this but, really, anyone can toss together a salad. It takes real vision to devise something that's a true gestalt. Meet San Francisco's King Woman, who are also on the heterodox vanguard of heavy music. They can be dissected and reduced, sure, but only so far. There's sludge, post-metal, doom, drone and dirge in there. Instead of just coinciding, though, these elements all align and conspire into a new, synthesized whole. And now this erstwhile solo project of Kristina Esfandiari is emerging as a newly realized full band with the fresh release of their excellent debut on metal colossus Relapse Records.

That's some buildup, huh? And it's into that attendant anticipation that King Woman made their first and only Florida appearance. Unfortunately, the debut was doomed, and not in that way. Because they and tourmates Oathbreaker played all the way up in Nashville the night before, everyone arrived late. And tragically, King Woman's performance was abbreviated to meet the club's curfew. But those two songs though. In that brief glimpse, they conjured atmosphere, heaviness and theater. With fatal lullabies looming over the crush and crash of their instruments, the music haunted as much as it rocked. An entire hardcore set can be done in 10 minutes. For the King Woman experience, however, it just doesn't do. A makeup show would be the right thing to do next time they're touring the region.

Both Stevie Nicks and Chrissie Hynde have not only laid legitimate claim to hallowed ground historically dominated by men, but they've done it on their own terms. Neither can be said to be in their prime, but time isn't the enemy to legends like these, as it is to all us mere mortals.

Of course, none of that makes them fresh, exactly. But the Pretenders are revived with last year's album Alone, which has the golden and very contemporary fingerprints of the Black Keys' Dan Auerbach all over it. They played the hits, naturally, but they also dropped some of the new stuff, and it felt very now. Although Hynde confessed to not hitting the high notes this night, her voice showed little signs of dust or rust. Besides, in person, she's still as fucking cool as ever.

Stevie Nicks' show was a duly grand production. Lushly instrumented, the set was a procession of definitive pop songs. But even though the singer came to perform, this event was equally about Stevie Nicks the figure. With ample storytelling time built in, the night was as much a personal flip through a real-life rock & roll memoir as it was a concert. No argument there. The less-talk-more-rock maxim does not apply with such storied icons. In fact, the converse can be true when you're being regaled by firsthand tales inhabited by giants like Tom Petty and Prince, punctuated by projections of historical photos.

Whether in song or story, Stevie Nicks' presence carried the night. But beyond what radiated from the stage, the buzz surrounding it – between the sea of shawls and scarves and the fact that my ears were blown out not by the music but the screams of superfans – was proof that the cult of Stevie is alive. When she finally did one of her twirls, the roof seemed on the verge of peeling back. Yes, Stevie forever.