Band of the Week: Trotsky's Watercooler 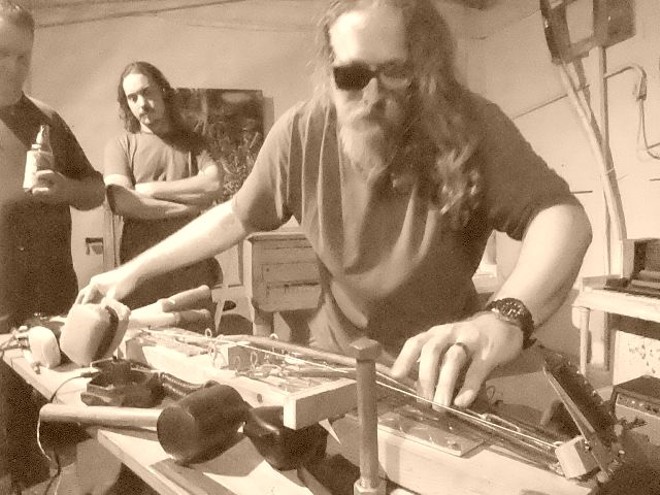 Welcome to Orlando Weekly's "Band of the Week." Every week, we highlight one of our favorite local bands. This week, we're pleased to bring you Trotsky's Watercooler.

Trotsky's Watercooler is playing May 15 and 16 at Uncle Lou's as part of Orlando Noise Night.

Who's in the band?
They are all named Perry and they all play the glockenspiel.

When did the band form?
When two musicians really like each other they sometimes enjoy each other's company.

What has been your most memorable show so far?
The first one.

Which local band is your favorite one to play a show with? Why?
Hell Garbage. Unpredictability.

What description gets used for your band that you would most
like to correct people on? Why?
Music is subjective. They can say whatever they want. Even if it's negative, at least they're talking about you.

What’s your favorite thing about being an Orlando band? What's your least favorite? Why?
Being an experimental artist, that is to say weirdo musician, in Orlando isn't the easiest. You're discounted and marginalized. That's probably true of any scene. I've been lucky enough to do what I do as part of MoonMen From Mars and people dig it. That being said, Orlando doesn't seem to have any firm hold on what experimental is. It's gotten a tad better in the last couple of years, but it's not a catch all category. It's not necessarily safe and for me is better when it's a challenge, for me and the audience.