Band of the Week: Handmade, Amigo 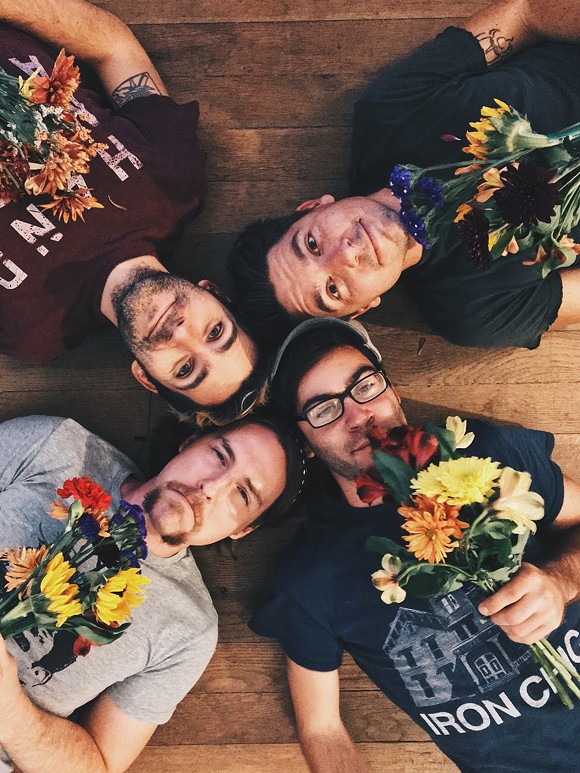 Welcome to Orlando Weekly's "Band of the Week." Every week, we highlight one of our favorite local bands. This week, we're pleased to bring you Handmade, Amigo.

When did the band form?
The four of us have been playing music together since high school, and that would be since like 2004. That’s a long freaking time! 13 years! For the most part, the four of us have been involved in a few different projects together over the years—Future Kid Sisters is another band we were all in along with our friend Cassie Wilcox (who was also in Sloppy Mistress with Andrew Weeks).

Who's in the band?
There’s Andrew Bond, Vincent Lis, Kevin Bond, and Andrew Weeks. Andrew B. primarily plays bass and sings vocal harmonies. He also plays drums from time to time on our recordings. It’s a bit cumbersome to have him to play drums at live shows though since he’s lefty and Vince is righty. Andrew has also been singing more lead on some of our songs. Then there’s Vince who primarily plays drums and also sings vocal harmonies. Vince is extremely talented and capable on guitar and vocals as well. There’s me, Kevin—I play guitar for the most part and sing our songs, as well as play keys, and other things as they’re needed on recordings and when we’re live to fill out the sound. Andrew W. is also primarily a guitar player and he also sings our songs. He plays keys, and synth stuff too to fill out the sound.

Currently available releases:
As Handmade, Amigo we’ve got two singles available and we’ve also got our six-song album being released on January 12, 2018 called For the Living Ones at an album release party at Henao Contemporary Center.

Describe your sound in five words:
Andrew B. says “We sound like God’s children.”

What has been your most memorable show so far?
I never thought I'd get the chance to immerse myself in such a dream come true. Playing under water was nuts. When we got to the venue I knew that something was fishy especially when they asked us to put scuba gear on. And this place was real dive. Boy, were we in over our heads or what? Unforgettable.

Which local band is your favorite one to play a show with?
Probably Zap Dragon. We love all those guys. We’ve all been playing with them a lot over the last many years, and just have grown tight with those dudes. They’re our friends, and they’re super careful about their songs, put a lot of energy into what they do, and they’re so damn nice.

What’s your favorite thing about being an Orlando band? What's your least favorite? Why?
Aside from Dave Zim, our favorite thing about being an Orlando band is such close proximity to supremely excellent veg foods, and the fact that there are so many wildly different artists to perform with. You got all different musical sounds, and comics, and everything. And we love Marhsall Rhones, but we'd have to say our least favorite thing is that he hasn't asked us to play Punk on the Patio yet! We know you're a super busy guy, but, c'mon, Marshall!

Any big news to share?
On Thursday, February 8th, we’re going to be on 90.7 WMFE’s Intersection with Matthew Peddie. We’re super stoked about that cause Matthew is a killer reporter and great interviewer. We’ll play stripped down versions of a few of our songs and talk music.