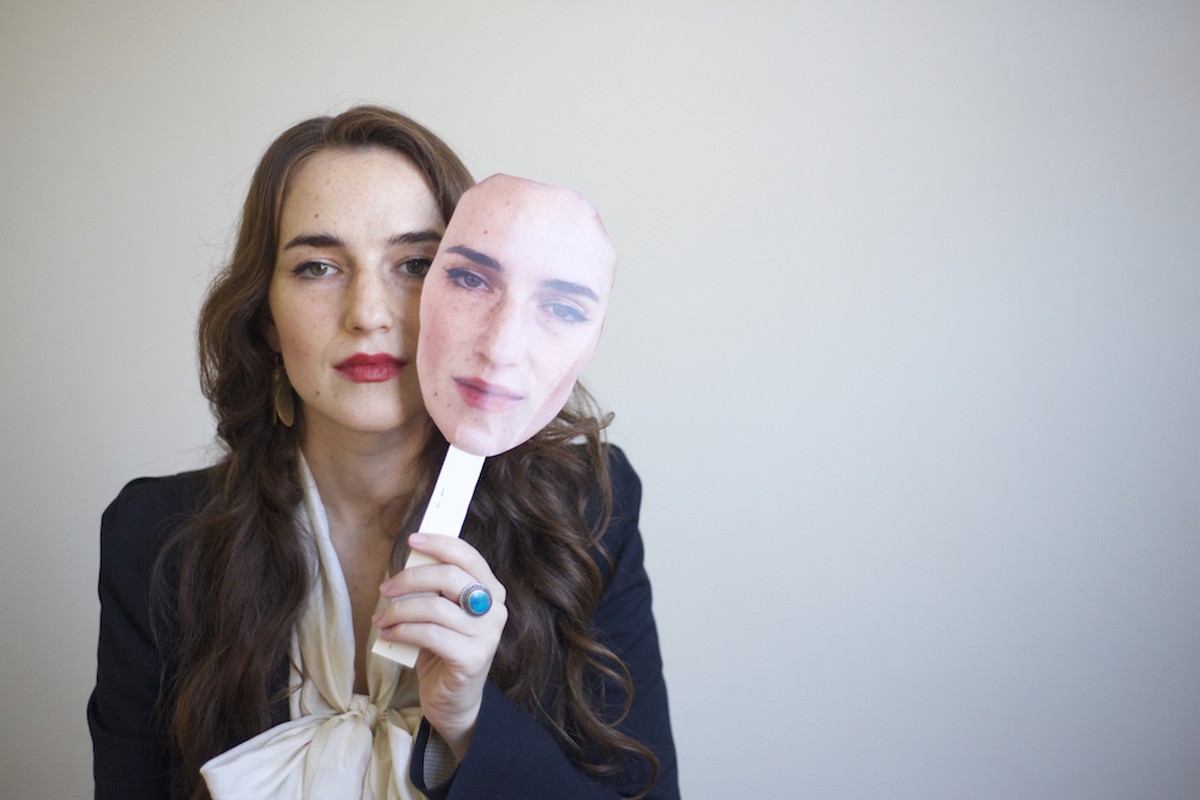 Celebrated New York soprano Ariadne Greif is no stranger to Orlando stages or audiences of any stripe. In the last two years, Greif has performed with the Orlando Philharmonic in the operas The Magic Flute and Elixir of Love, as well as an incandescent solo turn as part of the Women in Song series at the Plaza Live.

On Thursday, the adventurous singer returns with a similarly fearless group of comrades: the 17-piece Alterity Chamber Orchestra. Grief will sing with Alterity on a performance of Christopher Cerrone's The Pieces That Fell to Earth, as part of the "Abandon Waiting" program of works by contemporary composers. The pairing of Greif and Alterity is a natural one: Both push at the boundaries of their respective crafts. Greif is a restless and prolific artist, continually innovating and transforming. Early exposure to the work of Diamanda Galas – "The first moment when I realized that you can take singing a lot farther than where it is now" – has led to a career seemingly dedicated to redefining the role of the opera singer into that of a modern interdisciplinary artist.

Greif is as comfortable with traditional works as she is performing pieces by sound-poet Kurt Schwitters, wrapping herself in duct tape for her part in Opera Cabal's Atthis or participating in the drag opera Chimera. Her schedule is a whirlwind. Later this year Greif will perform in her first Pierrot Lunaire, play the Resonant Bodies Festival in Australia, and perform a microtonal piece by David Gordon at the MATA Festival, among myriad other engagements. Orlando Weekly did our best to keep up with this singular artist.

How was the Elixir of Love production?

Elixir was really, really fun. The director was Mary Birnbaum, and she is extremely good at empowering women characters in opera. A lot of the time in operas, women do a lot of weak stuff or people make jokes around them. But I got to make all of the jokes and I felt so big! ... And it was maybe Eric Jacobsen's fifth opera ever and he just killed it.

I finally went to Disney World and I ate a bunch of pho, so I think I did Orlando right. And when I'm going next week, I set aside some free time to go to Gatorland. That's my major aspiration.

This time around, with Alterity, you'll be be performing Christopher Cerrone's The Pieces That Fell to Earth?

It's a beautiful piece. I know Chris, our paths always cross in New York but we've never worked together. ... It's this collection of poems by Kay Ryan and they're all these short little musings that could be considered somehow detached and yet emotion-provoking at the same time.

It has these meditative moments that are sort of musing on something and then it gets more and more emotional. It has some amazing, really high, almost, almost screaming moments. And in contrast it's an extremely melodious piece.

Are you beginning to incorporate performance art into your work?

I've done some things that are more on the level of performance art.

I like the idea of a recital that's not ... if I were to give a recital now I'd like it to be something that's more than just standing in front of a piano. I'm interested in playing with things like physicality. I'm trying to make a breathing piece that includes audience members breathing with me and each playing a note on a beautiful toy while I'm singing. So I'm accompanied while I'm singing, but every moment that I'm breathing they're breathing too.

You participated in Angelica Negron's ongoing drag opera project Chimera recently. How did that compare to other work?

Angelica Negron is incredible – she's making this drag opera performance piece with a bunch of different drag artists and vocalists. It's about gender and femininity and presentation and I sing on a track ... an amazing drag performer named Miz Jade did a really moving performance of it live recently. It was live instrumentals and Miz Jade performing to the pre-recorded track that I sang, and it was about feeling exhausted and beaten up and overwhelmed and standing up and being proud of who you are. I watched it and it was so moving that I cried. Drag is not just entertainment; it's more and more heavily enmeshed with performance art and music.