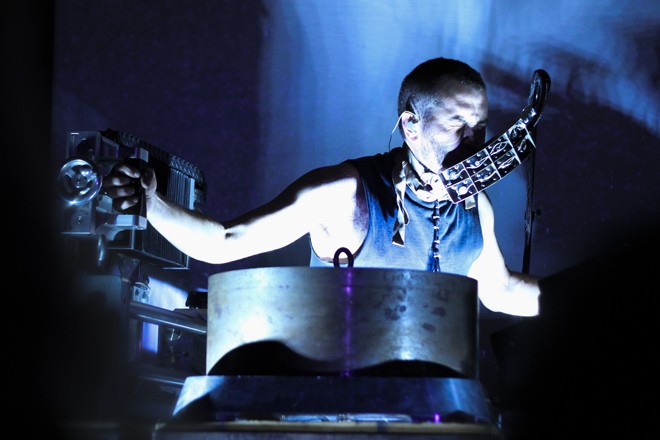 Birdee
Author & Punisher at Will's Pub
I have a bit of a thing for horror. Always have. But there’s an attendant camp that seems to follow it around like an unshakable toilet-paper streamer on the heel. Fuck that shit. I’m into true horror so, if it crosses into camp, it’s just comedy to me. Thankfully, there was no goofy stuff at the recent concert headlined by San Diego’s Author & Punisher (Nov. 10, Will’s Pub), just pure, pitch-black fear. 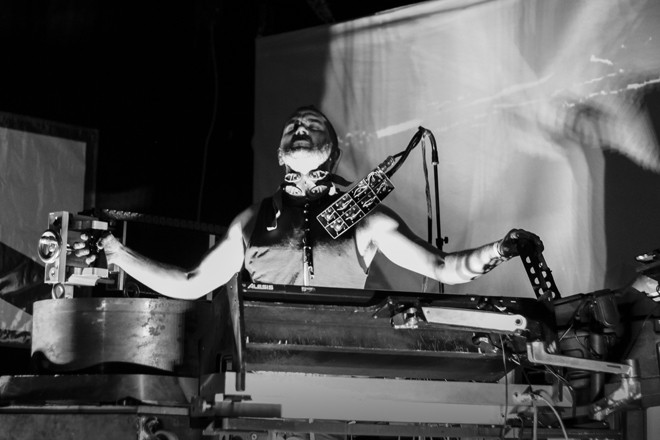 Birdee
Author & Punisher at Will's Pub
Despite being a one-man production, Author & Punisher is total show. First, there’s his instrumental arsenal. Many can claim music that’s industrial but perhaps only he can claim a rig that’s industrial grade. Tristan Shone, A&P’s architect and fabricator, is a real-life engineer specializing in robotics and automation, so his beautiful and exclusive performance setup looks more like something out of shop class than the band room. 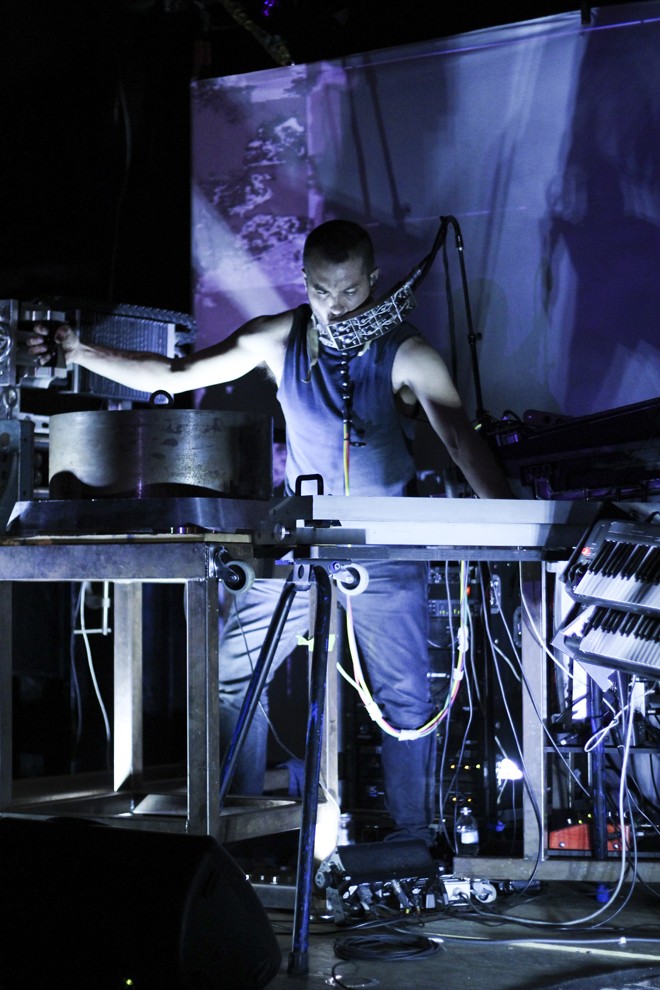 Birdee
Author & Punisher at Will's Pub
But besides the darkly wondrous devices, the mechanics of their operation are themselves a unique sight. Seeing Shone play is more like watching a machinist in action than a rocker. And the music he forges with this hulking assemblage is industrial metal that’s smothering, pounding and dystopian – a soundtrack to the end times. To complete the delivery, the stage was cast in starkly dynamic grayscale video and severe white lights (the latter of which is something more bands should consider because it's a relatively simple gesture that's always effective in transporting the audience and upping the drama).


The sum was a visually, sonically and physically astonishing experience. It moved like a factory, it sounded like war and it looked like the apocalypse. And when tourmates Muscle and Marrow mounted the stage to flank Shone with live drums and added vocal dimension, it swallowed the room. A true original, this is the kind of show that even deep followers of interesting music only encounter once in many years.


The opening set by Portland duo Muscle and Marrow was itself harrowing. While Author & Punisher assaults your senses, Muscle and Marrow’s more atmospheric poltergeist doom drains your blood. Occasionally stabbed by shrieking terror, their music is a sonic fog of dread. Like Swans haunted by a hexed siren, it’s legitimately gothic, and not in that Tampa kind of way. 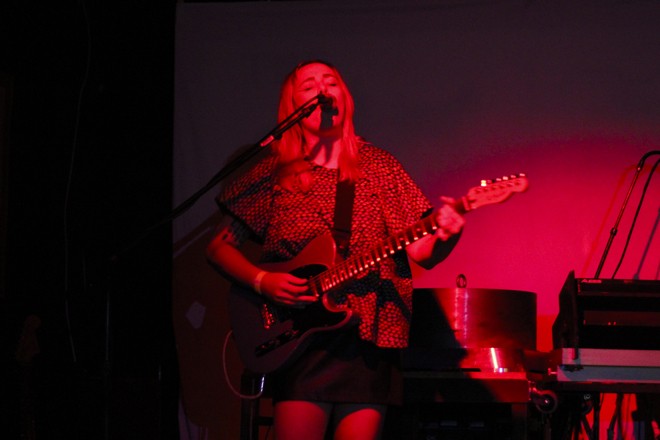 Birdee
Muscle and Marrow at Will's Pub
Besides the show, the promoter who brought it, Endoxa Booking, deserves some spotlight as well. Though it may not be as much of a household name here yet, the locally based concert presenter brings lots of heavy-music cred from around the state (including the very tasteful Southern Darkness Festival). But lately, Endoxa’s footprint has been growing notably in Orlando, and it’s been a windfall to the city’s live culture by laying even more tonnage onto its heavy side. So keep an eye out for the name. With upcoming local shows that include GWAR (Nov. 28, Venue 578) and Torche (Jan. 22, Will’s Pub), it’s a seal of quality.