Anamorphic Orchestra presents a strange, ambient symphony for one night only 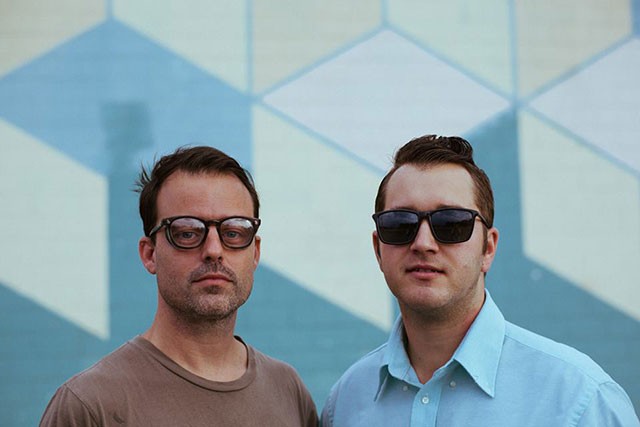 Orlando’s music scene shifts frequently, with talented artists developing their sounds and then all-too-typically running off with them, on to bigger music scenes in Brooklyn, Chicago, Austin and Portland, Ore. That last town inherited composer Alan Singley, who grew up in Altamonte Springs and was busking downtown in 1999 – something he says he rarely did – when Summerbirds in the Cellar’s Brad Register handed him a show flier and unknowingly ushered Singley into the indie scene at a time when it was particularly thriving. He was 17 then, but before leaving our town for Portland’s seductively walkable streets, he DJ’ed for WPRK, recorded albums here and joined numerous indie outfits.

But then he got bored of writing indie rock.

Now Singley composes symphonies, some traditional, others experimental, like the one-time-only performance dubbed the Anamorphic Orchestra, which promises to transform the Venue into a sort of sinister musical cinema. This is Singley’s third symphony, a collaboration with Orlando musician Henry Maiis, whose local project Attached Hands adds ambient sensibilities to the performance pieces.

“We just got together and jammed and made some weird sounds, and then we elaborated on them,” Singley says. “There are some nice jazz harmonies. There’s a few baby-makers. There’s some funk-ers. There are some songs that started out one way and then take a turn in the other direction. It’s 55 minutes of frickin’ music. It was a crazy last five weeks.”

For the show, they brought in 12 professional musicians to fill in parts on clarinet, oboe, cello and flutes, in addition to the vintage synths both Maiis and Singley rock so competently and drums by Tyson Bodiford, who was also in Summerbirds and now performs with the Sh-Booms. These artists gathered for the first time just last week to play through Singley and Maiis’ sheet music, but Singley says when you’re working with professionals, it’s stunning how fast you can work through even the most complicated pieces. It’s a facet of orchestral writing that he likens to fine wine – once you’ve tasted the lifestyle, there’s no going back to more amateurish arrangements.

“Sheet music is sheet music,” Singley says. “That’s why I love the orchestral world. Because you can have a song in your head and have it be performed exactly how you want it.”

Which is imperative when you’re talking about avant-garde music defined as “anamorphic.” When pertaining to an image, “anamorphic” means you must constantly change your perspective in order to continue seeing the full picture. It’s a fun mental challenge to imagine how that would apply to sound, but if you want to sneak an advance listen, you can hear the MIDI version of the orchestra on Bandcamp (anamorphicorchestra.bandcamp.com).

After the performance, Orlando gets to keep Attached Hands, but Singley takes off on his next symphonic flight. This brings him back to the Pacific Northwest, where he’s recording a new symphony at K Records’ Dub Narcotic Studio. From there, his plan is to debut each new work in a new setting, and he’s not limiting that to just the United States.