Alex Gaskarth of All Time Low on their new album, touring, and a dancing Tyrannosaurus rex 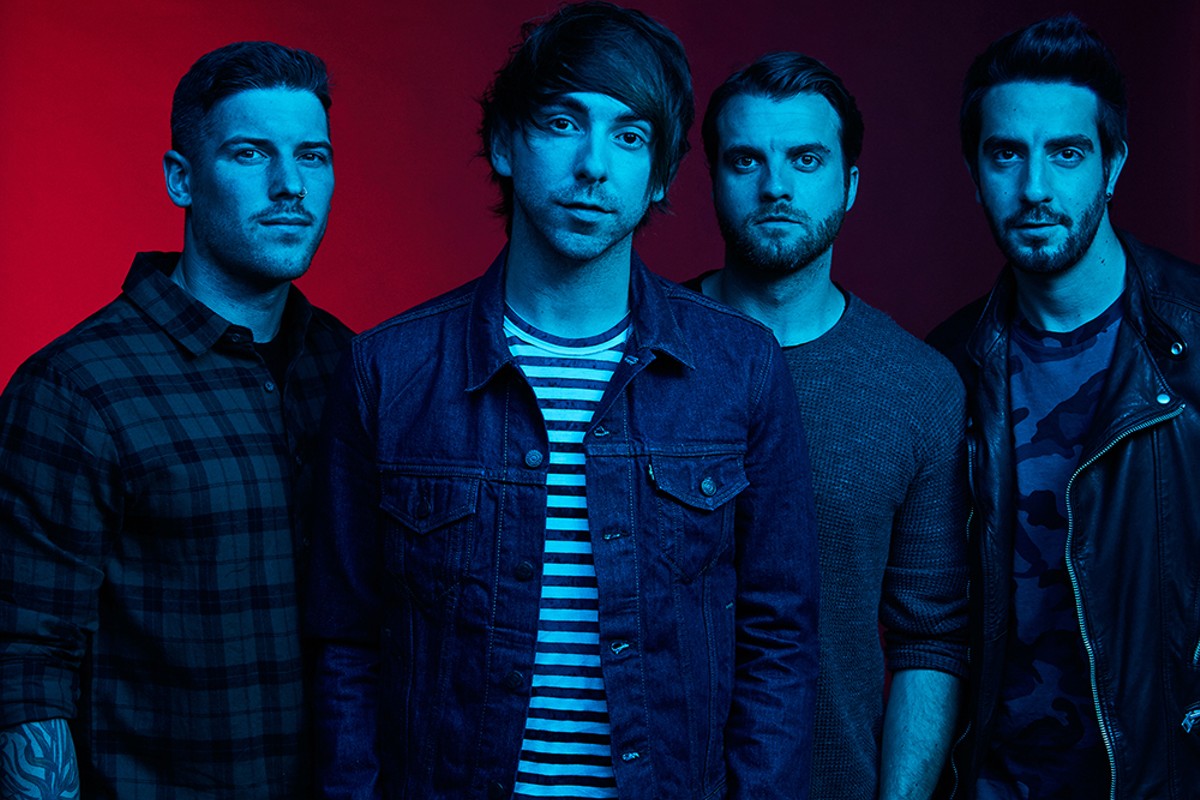 The year was 2003. Skinny jeans were making a cautious debut as unisex fashion. Ashton Kutcher was breaking ground on the iconic prank series Punk'd with the help of Justin Timberlake's tears, and high school hallways were dominated by fauxhawks, obnoxiously long side-swept bangs and Hot Topic accessories.

That was the year future pop-punk poster boys All Time Low started – as most teenage garage bands do – with pure intentions and humble beginnings. Four teenagers from Towson, Maryland, met in high school, decided they wanted to bash out some Blink-182 covers. They plucked a cool enough name for the band from a popular New Found Glory song ("Head On Collision") learned a few chords, and went to work.

But unlike many of us who've dipped our toes in the fickle waters of forming a high-school band, All Time Low proved their dedication, despite their physical immaturity. Within three years, the band had released two EPs and a debut album, and signed to a local label. By the time graduation rolled around, they had garnered the attention of Hopeless Records, which signed them in 2006.

Fast forward to 2017. The four teenagers who captured the attention of a generation with high-energy sets on the Vans Warped Tour in the early 2000s are still going strong. Their latest album, The Last Young Renegade, was released on June 2 on Fueled by Ramen, and the band is currently in the midst of an international tour. Of the two shows they have scheduled at Orlando's House of Blues this week, one is already completely sold out.

Alex Gaskarth, founding member and lead vocalist, is excited for what's to come in the newest chapter of the band's already-long career. Their enormous fanbase spans two continents, and is marked by their incredible loyalty.

As All Time Low's sound matures, so has the reaction and support of their fans. "The new music feels like it's growing with our fans." Gaskarth says. "When we play the new songs live, I see them connecting with the people who have been there since the beginning. Ten-plus years into a career, that's not always the case."

Off-the-wall antics and fan interaction are major parts of the band's live performances. During a recent show, All Time Low invited fans to join them on stage while they performed "Time Bomb." While fans sang belted out familiar lyrics and even played a few of the band's instruments, a T. rex danced along feverishly on the left side of the stage.

Gaskarth laughs at the memory. "I cannot confirm or deny," he says of the prehistoric creature being a regular presence at their shows. "We may or may not have created a real dinosaur. He might be on tour with us right now. I can't speak to that."

As the band has aged, the sound they've put out with The Last Young Renegade is a reflection of their development, not only as individuals, but as a band.

"There's slightly different content in the lyrics. It's a little darker and a little more honest and reflective," Gaskarth confesses. "I think it's just a little more sonically interesting. We wanted to get away from the walls of guitars and distortion and clear up the space for a lot more textural sounds. We wanted to create something that was more of an experience and really capture people for a while." The band is excited to share The Last Young Renegade with fans, both old and new, as they embark on this latest tour. Their music may have a different sound, but at their core, Gaskarth and his bandmates are still the same dedicated creatives they were in 2003.

"The ultimate goal is to keep growing this band and to reach as many people as we possibly can," reflects Gaskarth. "We want to keep writing songs that are really fun to play live and that we think our fans want to hear. We want to keep making music for people."