A Polk County woman met R. Kelly in Orlando, and is now allegedly part of his 'cult' 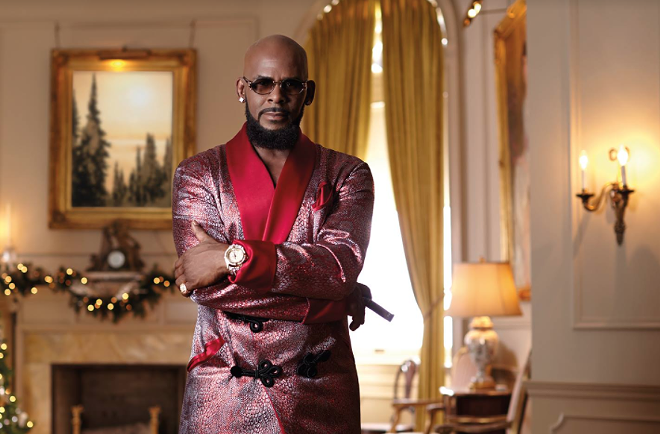 Photo via R. Kelly/Facebook
A brutal new report from Buzzfeed News alleges that at least six women are currently having their lives completely controlled by Grammy award-winning recording artist R. Kelly, in what is described as a cult.

One of these women, "R. Kelly's number one girl," is from Polk County.

The article leans on an interview with parents who haven't seen their "brainwashed" kid in nearly two years, as well as legal documentation and testimonials from former members of Kelly's inner circle.

Cheryl Mack, one of these members, describes Kelly as a master manipulator:


“This is R. Kelly, I’m going to live a lavish lifestyle,” said Mack, who worked as Kelly’s personal assistant for a year and a half starting in 2013 and has remained in touch with some members of his inner circle. “No. You have to ask for food. You have to ask to go use the bathroom. … [Kelly] is a master at mind control. ... He is a puppet master.”

The article claims that these women are living in properties owned by Kelly in the suburbs of Atlanta and Chicago, and their lives are completely dictated by Kelly. Witnesses say that Kelly decides "what they eat, how they dress, when they bathe, when they sleep, and how they engage in sexual encounters that he records."

Despite multiple attempts to get their daughters back, parents have essentially hit a roadblock because their kids aren't technically missing persons.

One of the women is described as an 18-year-old singer from Polk County, Florida.  Mack claims that the Florida singer is Kelly’s “favorite — his number-one girl.”

The Florida singer first met Kelly when her parents took her to see him perform at Funk Fest in Orlando on April 18, 2015.

“During the show, they were pulling people out of the audience,” Theresa said. “A guy said, ‘Oh yeah, her.’ He pulled her up onstage.”

After the show, a member of Kelly’s entourage gave the star’s phone number to the then-17-year-old high school senior, Theresa said.

“We called, but he wasn’t answering, so we left it alone,” she said. “Then I guess he must have got back later on or texted her later on.”

As with the Georgia woman, the relationship between Kelly and the Florida woman developed over phone calls and text messages that were kept secret from her family, the parents said.

Theresa and her husband, Angelo, said they rushed to the hotel and called the police, who advised them to deal with hotel security. Their daughter finally came down to see them, they said, but Kelly refused to talk with them.

After the incident at the hotel, the Florida teen “was only [supposed to be] talking to him when one of us was around,” Theresa said.

The article is incredibly damning, and I highly suggest you read the whole thing in its entirety.

Of course, R. Kelly has denied these allegations, and his lawyer has responded to Buzzfeed:


"We can only wonder why folks would persist in defaming a great artist who loves his fans, works 24/7, and takes care of all of the people in his life,” Mensch wrote. “He works hard to become the best person and artist he can be. It is interesting that stories and tales debunked many years ago turn up when his goal is to stop the violence; put down the guns; and embrace peace and love. I suppose that is the price of fame. Like all of us, Mr. Kelly deserves a personal life. Please respect that.”

Buzzfeed says they have verified the alleged victim's full name and her parents' last name, but are withholding their identities to protect their privacy.