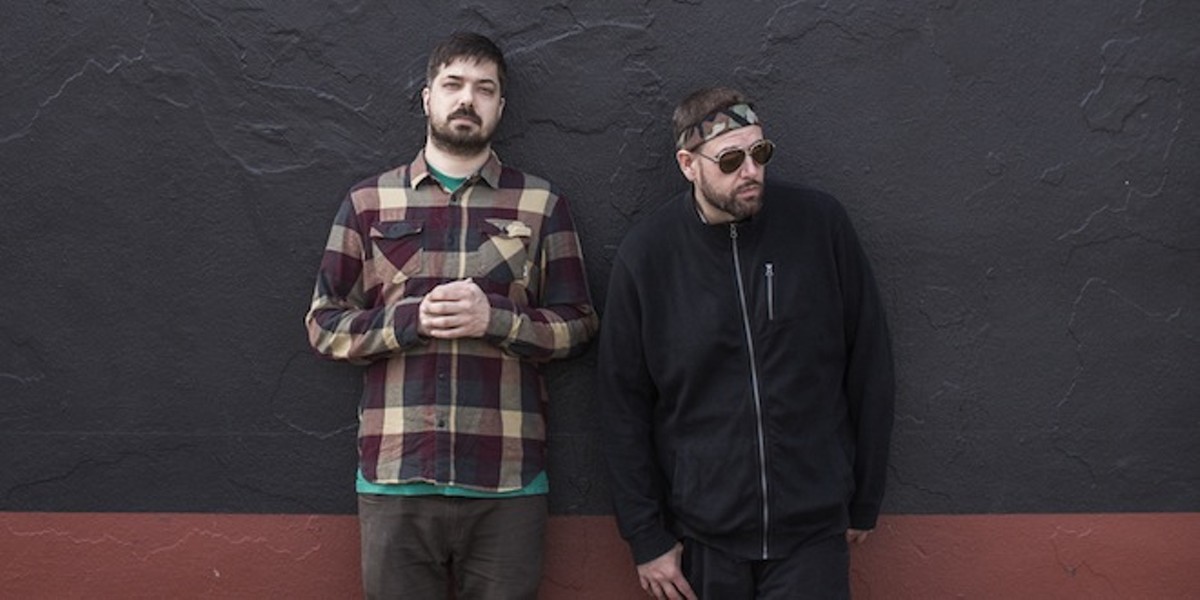 Like its rock & roll cousin, the rap supergroup is something like a musical summer camp – participants emerge from their pre-existing careers to flex their creative muscles, bounce ideas and generally have fun.

Hail Mary Mallon (indie hip-hop poster child Aesop Rock, Rob Sonic and DJ Abilities) hits the Social on Thursday, March 5, in support of their latest album, Bestiary; the record isn't quite essential when compared to its members' solo material, but it's far from the ego-fueled train wreck we sometimes get when rappers share a steering wheel for 40-plus minutes. We thought this would be a good time to look back at some other notable rap supergroups – the good, the bad and the in-between.

Members: Prince Paul, Frukwan, Too Poetic, RZA
The Scoop: Remember a few years back when everyone freaked out over Tyler, the Creator's ghastly lyrics and ghoulish imagery? Gravediggaz pioneered that style of horrorcore hip-hop in 1994. The group combined the sardonic humor of De La Soul with the hardcore ruggedness of Wu-Tang and channeled it through a super evil-sounding filter.
Rock Supergroup Counterpart: Pigface – Fook? Notes From Thee Underground? These are totally names of horrorcore albums.

Members: Nas, AZ, Foxy Brown, Nature
The Scoop: Fans of NYC rap in the mid-'90s were salivating in anticipation for this supergroup, but their commercially leaning concept record, The Album (with mafioso alter-egos and beats by the hottest producers of that era), was disappointing to critics and listeners alike.
Rock Supergroup Counterpart: The Firm – not only does Jimmy Page's 1984 supergroup share the same name, but their second album was called Mean Business; The Album's lead single was "Firm Biz." Somebody play these records at the same time to see if they sync up.

Members: Murs, Slug
The Scoop: Pioneers of the '00s indie rap circuit, the West Coast rapper and Atmosphere's frontman periodically pair up to drop albums dedicated to their favorite actresses, including Lisa Bonet and Christina Ricci, each produced exclusively by one producer. (Aesop Rock was behind the boards for Felt 3: A Tribute to Rosie Perez.)
Rock Supergroup Counterpart: Chickenfoot – they both favor eponymous album titles, and they're both inherently pretty goofy.

Members: Joell Ortiz, Royce da 5'9", Crooked I, Joe Budden
The Scoop: Four perfectly capable emcees struggled for years to reach critical or commercial success, despite their ability to craft the type of spiritual-lyrical-miracle raps that shut down cyphers. But they've reached greater heights as a collective, most likely because there's no pretense to the type of music that fans should expect: raps, raps and more raps.
Rock Supergroup Counterpart: Oysterhead – "Screw actual songs; sit back and watch us do gymnastics with our respective instruments!"

Members: El-P, Killer Mike
The Scoop: After 15 years of building dedicated fanbases in completely different regions and genres of rap, the duo first came together when El-P produced Killer Mike's R.A.P. Music in 2012. They've since released two records under the Run the Jewels moniker, somehow eclipsing their past catalogs and landing them a slot on every festival you will attend for the next two to three years.
Rock Supergroup Counterpart: Foo Fighters – both have younger fans who have never heard a Sunny Day Real Estate or Company Flow record in their lives.